“I am looking forward to watching the women’s team compete this season and get our program off to a great start,” Johnson said. “Our team really enjoys playing golf and has good chemistry, so I expect them to do great things on the course this year.”

The Buccaneers are ranked 12th in the nation on Golfstat.com after two third-place finishes this fall. 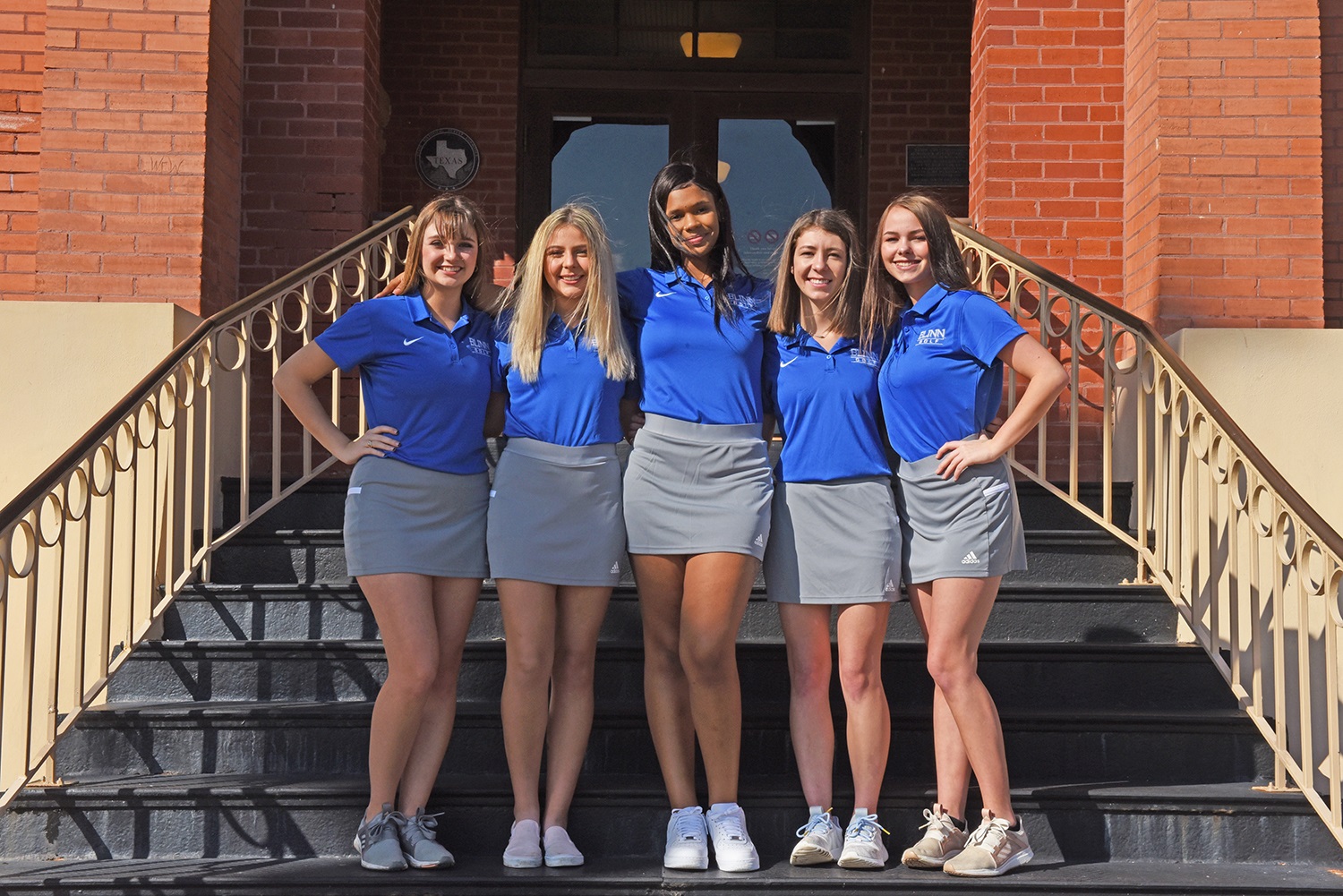 Nichole Burgess (Rowlett), the team’s only sophomore, transferred from Prairie View A&M University. She had a standout career at Sachse High School where she won three district championships.

Davis placed in the top-20 in all the fall tournaments and in the top-10 in two. She wrapped up the fall semester with a fourth-place finish at the Tyler Junior College Fall Invitational. Prior to Blinn, Davis played golf for Northwest High School where she earned all-district and all-region honors, and was a state qualifier in 2019. She has played in the American Junior Golf Association Tour, the All American Tour, the Texas Junior Golf Tour, and the Northern Texas PGA Junior Tour.

Jameson placed in the top-15 in three of the fall tournaments and tied for seventh in the Tempest Invitational. While at Motley County High School, she earned all-state honors all four years, was a gold medalist at the regional championship four times, was a silver medalist at the state championship in 2016 and 2019, and finished third in the state championship in 2018. She also was a five-year member of the Down Under Sports Association International Golf team.

Michael played golf at La Grange High School and played in the top-five for the Buccaneers in one tournament this fall, while Moyle played on the golf team at Sealy High School.

“Our team is going to strive for their best and see if we can move on to the national tournament in our first year as a program,” Johnson said. “We are excited to represent Blinn as the first team in program history in the classroom, community, and on the course.”

The men's and women's golf teams will open the season at the University of Houston-Victoria Claude Jacobs Invitational on Feb. 15-17.