New head coach David Johnson is looking forward to leading the inaugural Blinn College men’s golf team and the Buccaneers are off to a good start as they enter the 2020 season as the 18th-ranked team in the nation.

“We look to be really competitive this season and our goal is to get to nationals,” Johnson said. “We are excited to start the spring season with a national ranking and that is a testament to how well the kids played this fall. They really exceeded my expectations in the first semester of the program.”

The Buccaneers earned as national ranking in the NJCAA after concluding the fall season with two second-place team finishes and a first-place individual finish. 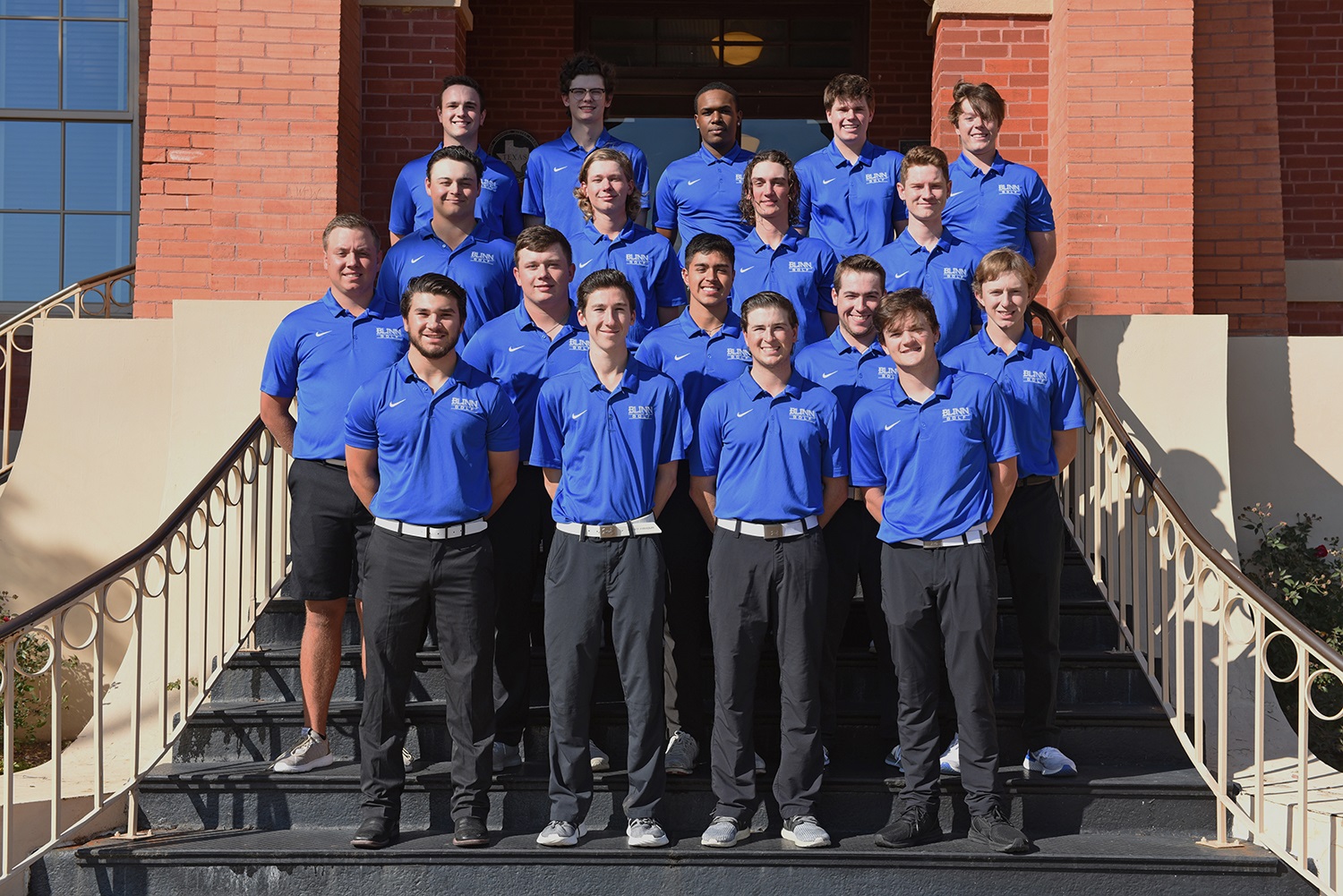 Jerrion Dukes (Houston), Travis Edwards (Cypress), and Casey Harman (Bastrop) are the three sophomores on the team this season.

Simmons played in the top five in every tournament and finished in the top 20 in two, including a fourth-place finish. Baker won the University of Houston-Victory Fall Classic and set the individual and Blinn men’s golf program low round record with a 5-under 66. Penn, who was captain of the Cypress Falls High School golf team, had two top-10 finishes this fall. Brevick earned all-district and all-region honors at Argyle High School.

Freshmen Eric Breeding (Humble) and Justin Dees (Atascocita), who played together at Atascocita High School, showed vast improvement over the fall and are contenders for a top-five spot this spring.

Freshman Cameron Gray (Kirkcudbright, Scotland), who joined the team mid-year, is expected to make a big impact. He was captain of the Loretto School golf team and named the Player of the Year all four years of high school. Among winning several tournaments, including the Kirkcudbright Men’s Club championship in 2017 and 2019, he is ranked 339th in the European Golf U21 Division.

“I have been impressed with the overall quality of play and this team is above average for a first-year program, so I am excited to see what happens this spring,” Johnson said. “I am really proud of how they represent Blinn and give their best effort in the classroom, in the community, and on the course.”

The men’s and women’s golf teams will open the season at the University of Houston-Victoria Claude Jacobs Invitational on Feb. 15-17.