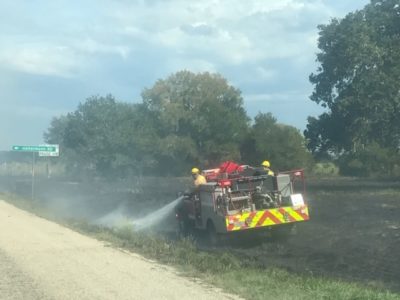 An 18-wheeler trailer hauling vodka was destroyed after it caught on fire Monday afternoon in Fayette County. 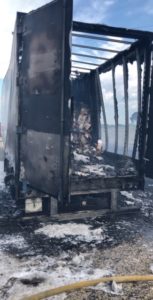 Upon arrival, the 18-wheeler trailer was on fire, and the truck was disconnected from the trailer.  The Ellinger Fire Department assisted, extinguishing a grass fire that was started by the trailer.

The fire was contained and extinguished, and there were no reported injuries.

Authorities believe the fire started from the trailer brakes.