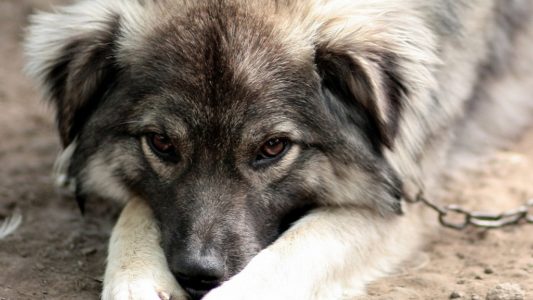 Pet owners in Brenham should not expect any changes as a result of a new state law regarding the outdoor tethering of dogs.

Animal Services Manager Allison Harper says the city already has an ordinance in place that is more stringent than Senate Bill 5, which is called the Safe Outdoor Dogs Act and goes into effect January 18th.

Harper says the new law is aimed more at rural areas, such as outside of city limits, where there are not any laws pertaining to outdoor dogs.

The law says pet owners may not leave their dogs restrained and unattended outside without adequate shelter, shade from direct sunlight, potable water and the ability to avoid standing water and exposure to excessive animal waste.  The law also bans the use of restraints that are chains, have weights attached, are shorter than five times the length of the dog or 10 feet, or are attached to an improperly fitted collar or harness.

Brenham’s pet ordinance, passed in 2019, makes it unlawful to restrain any animal in a manner that causes it pain or prevents it from reaching shelter, food or water.  The ordinance also prohibits restraining animals in a way that allows the animal to leave the owner’s property or become entangled with an object.  In addition, animals cannot be restrained between the hours of 10 p.m. and 6 a.m., or by using a rope or leash that is shorter than 10 feet or five times the length of the animal and is not equipped with swivel ends.

The ordinance also prohibits the restraining of an animal during extreme weather conditions, such as during a heat advisory, when the temperature is below 32 degrees, or when a hurricane, tropical storm or tornado warning has been issued.