On Monday of this week, the Brenham Police Department released their current Most Wanted list.  At least one person on the list had been captured since it was released in December.  The current Most Wanted list includes: Edie Ehlert for Unauthorized Use of a Motor Vehicle, Gilberto Jimenez-Soto for Aggravated Sexual Assault of a Child, Cesar Carrillo-Cazares for Aggravated Sexual Assault of a Child, Benny Figueroa for Capital Murder, Selvin Medrano for Indecency with a Child and DWI, and Holly Long for Evading Arrest with a Vehicle.

The Brenham Police Department Crime Reduction Unit is asking for assistance obtaining any information about these wanted persons. Do Not attempt to detain or apprehend any of these individuals.  Contact Crime Stoppers at 979-836-8477 or Investigator Kevin Mertz at 979-337-1194. 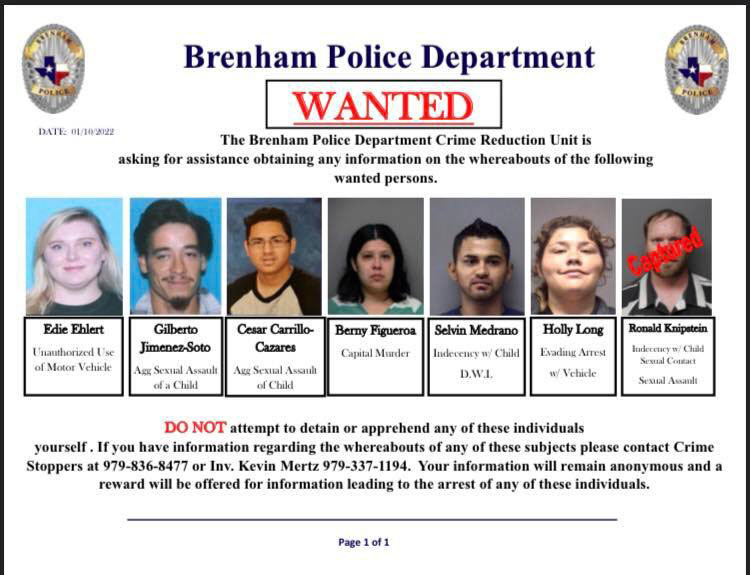