A TON OF MARIJUANA SEIZED IN FAYETTE COUNTY TRAFFIC STOP

There was more than a load of watermelons on the bed of an 18-wheeler going through Fayette County on Interstate 10 during the early morning hours today (Thursday).

Fayette County Sheriff’s deputies found more than a ton of marijuana during a traffic stop at two in the morning.

The truck was stopped for minor traffic violations at the rest area at the 658 mile marker.  The deputies met with the driver and observed ‘many criminal indicators.’  That’s when they called in the Narcotics Canine Unit.  The drug dog discovered 2100 pounds of marijuana in 47 bundles comingled with the watermelons. The deputies had the trailer unloaded and seized the massive amount of marijuana.

The driver, 43-year old Larry Deray Lewis of Baytown was arrested for the felony possession of marijuana and taken to the Fayette County Jail.  The estimated street value of the marijuana was at least $60,000. 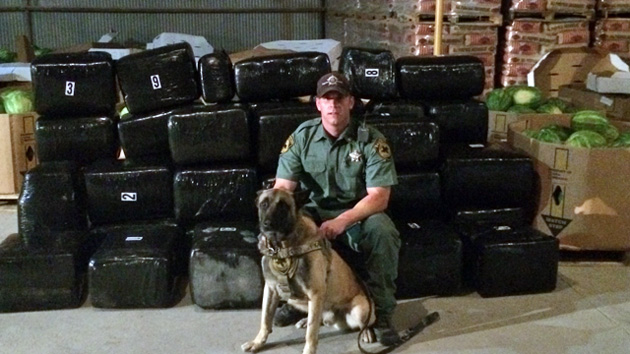