The Blinn Board of Trustees will consider adoption of the College’s 2019 tax rate at its meeting tomorrow (Tuesday). 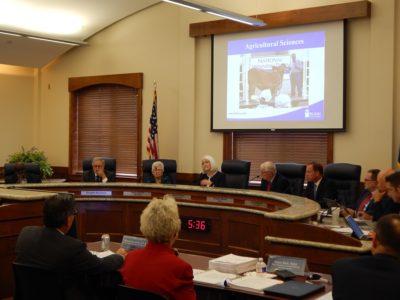 The board will look to officially adopt a rate of 5.6 cents per $100 valuation.  Neither of the hearings on the proposed rate drew comment from the public.

The College expects the rate to generate $2.1 million in tax revenue to support Brenham Campus maintenance and operations.

Also on the agenda, the board will seek authorization for administrators to set up an agreement with the Texas Historical Commission (THC), regarding the operation of the Star of the Republic Museum.

Texas legislators earlier this year approved Senate Bill 2309, which will transfer jurisdiction and maintenance of the museum from Blinn College to the THC, while allowing Blinn to keep ownership of the museum and its artifacts.

The board will meet tomorrow afternoon at 5:30 p.m., in the Brenham Campus Administration Building.