A judge in Bastrop has announced his candidacy for the 335th District Court. 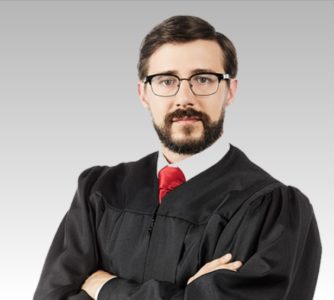 Charles Carver says he will be on the March 3rd Republican Primary ballot for the court, which covers Washington, Bastrop, Burleson, and Lee Counties.  Judge Reva Towslee-Corbett currently serves as judge of the court.

Carver, who was appointed Associate Municipal Judge in Bastrop in 2017, describes himself as a “strict constitutionalist”, dating back to when he was an active member of the Federalist Society at the Texas Tech School of Law.

Carver says he believes in checking federal power, protecting individual liberty, and interpreting the Constitution according to its original meaning.  He also believes in “cost-effective justice”, and does not want to bankrupt taxpayers by spending unwisely on 100 percent incarceration.

Carver currently serves on the Texas Supreme Court’s Advisory Committee for Access to Justice, and is treasurer of the Bastrop County Bar Association.