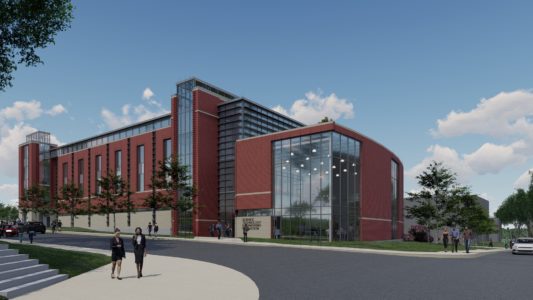 Construction on a new Science-Technology-Engineering-Innovation (STEI) building on Blinn’s Brenham campus should start in a handful of months.

At Tuesday’s trustee meeting, Blinn Project Director Mark Feldhake presented an update on the STEI building, which he said is out of schematic design and is now in design development.

Feldhake said a guaranteed maximum price for the project should be brought before the board in January, and construction should begin in February. The planned site of the new building will be at the corner of Fifth and Prairie Lea Streets, at what is currently the band hall parking lot.

Feldhake said the design of the three-story building, while not yet finalized, should provide a “wow factor” for the campus, and something that announces Blinn. 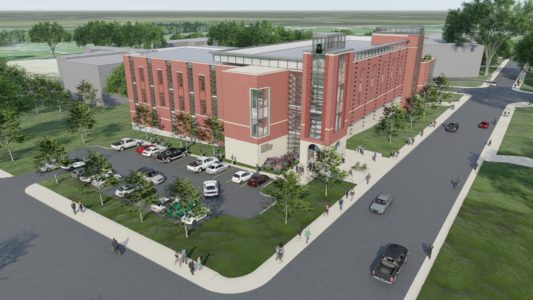 Feldhake said architects believe the tops of the two towers could be seen from the Highway 290 Loop.

The STEI building will hold facilities catered toward Natural Sciences, Health Sciences, Engineering, and Innovation. Those would include dozens of classrooms and labs, study areas, and full-time and part-time faculty spaces.

The building will also feature an innovation center, which Feldhake called “a unique space for Blinn” and “the first time we’re doing something like this”. He said it is a flexible space with areas for 3-D and laser printers, work benches, collaborative stations, and wall monitors.  There will also be instructional areas, areas where students can check out tools or equipment, and virtual sandboxes. 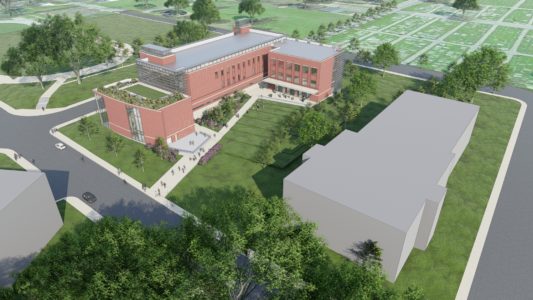 Blinn has hired Vaughn Construction as the construction manager for the project, and PBK Architects as the builder.