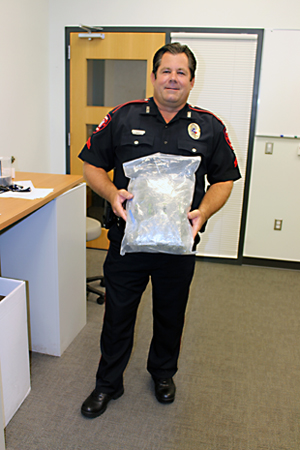 A traffic stop by Brenham Police turns into a drug arrest.

As he he approached the vehicle he says he could smell the strong odor of marijuana.

The driver said his girlfriend smoked and that’s why his truck smelled.

Kurie searched the vehicle and found a bag containing just under 15 ounces of marijuana, with street value of approximately $6,000.

He is charged with Possession of Marijuana, between 4 oz and 5 pounds, a state jail felony.