Brenham schools may actually see a reduction in students in the coming school year.  Brenham ISD’s Director of Business & Finance, Kim Weatherby, presented two budgets at today’s (Monday’s) school board meeting.  One budget had a reduction of 2 percent or 93 students, the other had a reduction of 5 percent or 234 students.  Brenham ISD has seen an increase of about 1 percent in student average daily attendance each year for the past several years.  Weatherby said they normally looks at trends, but with the pandemic this year, they have little to go on:

The school board tentatively agreed on the 2 percent student decrease budget of 47.8 million dollars.  Before the board voted on the proposed new tax rate, Board Vice President Melvin Ehlert noted that the board really doesn’t set the tax rate, it is mandated by the state legislature.  Weatherby agreed, saying the board only decides on a penny of the new tax rate.  The board set the new proposed overall tax rate at $1.0458 per $100 valuation.  That is made up of $.9658 for maintenance and operations and $.08 for the interest and sinking fund.  The rate is slightly below last year’s rate of $1.05 per $100 valuation.  This year, tax values for the district are expected to increase 4.1 percent, due to mostly new construction according to Weatherby.  The board will hear public comments on the proposed tax rate and school budget at their meeting August 17th at 6:00 PM at Brenham High School. 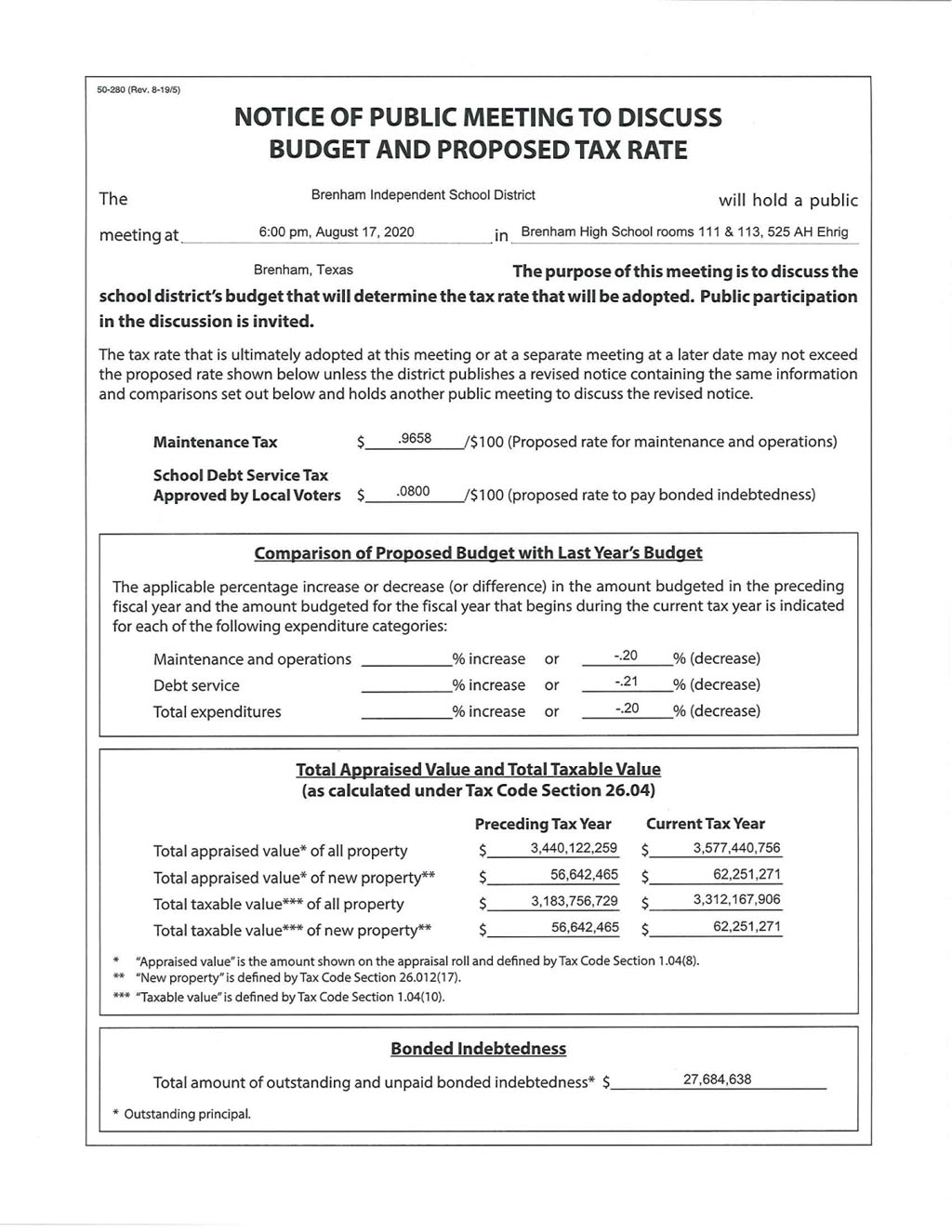 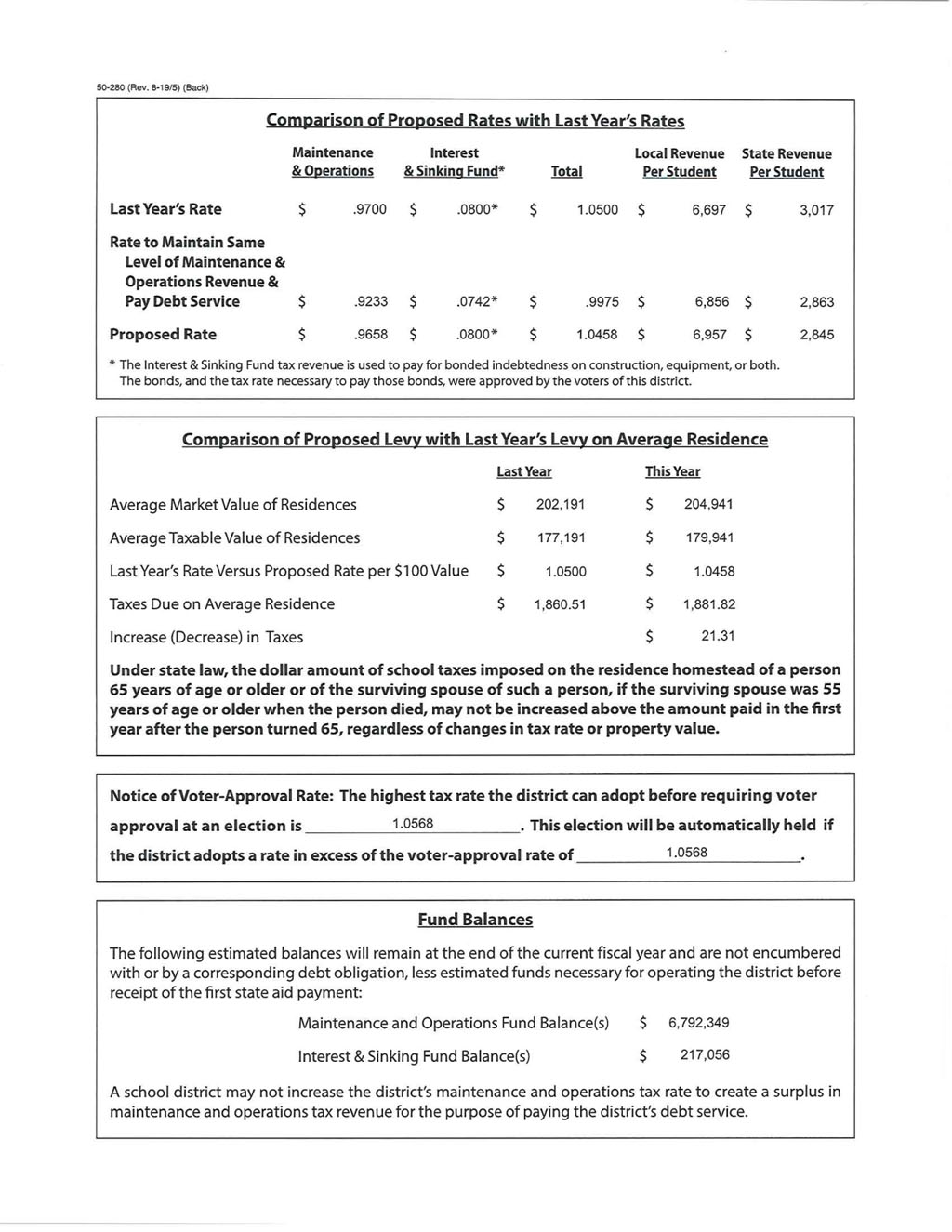