For 143 years, the citizens of Brenham and Washington County have encouraged and enthusiastically supported public education. As the oldest public school district in Texas, Brenham ISD is once again celebrating the proud history and achievements of the district and some of its most distinguished alumni. The public is invited to join in a special luncheon and recognition event on Friday, September 7, 2018 in the Blinn College Student Center Banquet Room.

The event will begin with a meal at 11:30 a.m. and will feature a noon program honoring four Brenham ISD graduates who have distinguished themselves as leaders and visionaries in their community and beyond. This year the Distinguished Alumni honorees will be Ann Schwartz Bishop, Dr. Alex Colvin, Paul Ehlert, and Tyson Voelkel. 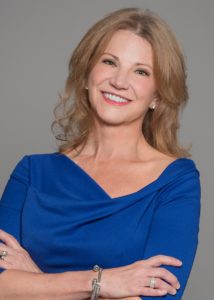 Ann Schwartz Bishop graduated from Brenham High School in 1976, then attended Blinn College where she obtained her AA degree. She majored in business at the University of Texas in 1979, received her BBA, and earned her doctorate in law from the Texas Tech School of Law. She is the daughter of the later Walter C. Schwartz, former President of Blinn College and Mayor of Brenham, and the late Annie Bell Schwartz, a former music teacher in Brenham ISD.

She built her distinguished career around government administration and consulting and served as the Chief of Staff for Governor Rick Perry. She also worked as the Deputy Comptroller with the Texas Comptroller’s Office, as the Executive Director of the Department of Information Resources, and has most recently served as the Executive Director of the Employee Retirement System of Texas. During that time she received many professional awards and achievements, including the Texas Department of Public Safety Award in 2015. She was named the Texas Public Employee Association Administrator of the Year in 2005 and 2013. She was also recognized with the Blinn College Hall of Honor Award in 2008 and is a Life Fellow of the State Bar of Texas.

Having retired from the Employee Retirement System of Texas, Bishop remains active in many community service and philanthropic endeavors. She is a board member of Habitat Texas, a council member of the Texas Health Improvement Network and a volunteer at the Dell Seton Medical Center at the University of Texas. She and her husband, Brian, live in Austin and have five children - Ben, Annie, Brittany, Colby and Hailey. Her brother, Charles Schwartz, was also a Brenham ISD Distinguished Alumnus in 2016. 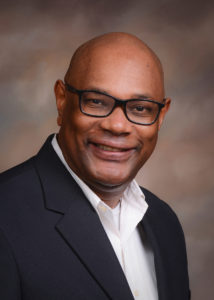 Dr. Colvin is active in his church and community and has received awards and honors for his community service and advocacy. For the past decade, he has worked tirelessly to educate the next generation of social workers. He and his wife, Amy, have two children, Allyson and Alex, Jr., and reside in Denton. 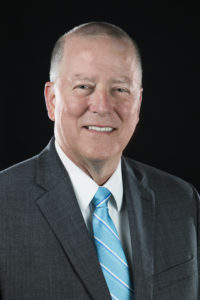 Paul Ehlert graduated as valedictorian of his class in 1973, received his Bachelor of Science from the University of Texas in 1975, and his Doctor of Jurisprudence from the University of Texas Law School in 1978. He practiced law in Brenham for 26 years before joining Germania as an executive vice president in 2004. Ehlert was named first vice president in 2005, and currently serves as President and CEO of Germania Farm Mutual Insurance Association, a position he has held since 2011. Germania is the largest farm mutual insurance company operating in Texas, insuring approximately 200,000 families across the state.

Ehlert has served on the boards of the Washington County Chamber of Commerce, the Brenham Economic Development Foundation, Trinity Medical Center, Trinity Care Center and Trinity Foundation, along with other not for profit entities. He currently serves as Chairman of the National Association of Mutual Insurance Companies (NAMIC), and was the first chair from Texas. NAMIC is the largest property/casualty insurance trade association in the country, with more than 1400 companies, serving more than 170 million auto, home, and business policy holders. He also serves as vice president of the Association of Fire and Casualty Companies of Texas, and Chairman of the Texas Association of Mutual Insurance Companies Legislative Committee.

He and his wife Rhonda live in Brenham. They have two children - Kris and his wife Leisha live in Austin and Amy and her husband Mark live in San Antonio. Paul and Rhonda enjoy spending time with their four grandchildren. 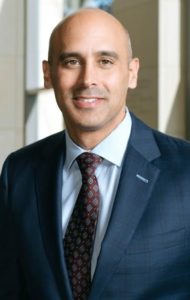 Tyson Voelkel graduated from Brenham High School in 1992 and matriculated at Texas A&M University where he earned a bachelor’s degree in Industrial Distribution and a master’s degree in International Affairs and National Security from the Bush School of Government and Public Service. Later, he obtained his MBA from Rice University. While at Texas A&M, he served as the first Student Regent and was selected as Corps of Cadets Commander his senior year, becoming the first-ever Fightin’ Texas Aggie Band member to serve in that role.

After earning his undergraduate degree, Voelkel served his country as a U.S. Army Infantry Officer for twelve years and was Company Commander in Combat in the 82nd Airborne Division. He received two Bronze Stars in Iraq and was also honored with the Army MacArthur Leadership Award. While on active duty, he taught Leadership and Ethics at the U.S. Military Academy at West Point. Voelkel continues to serve his country as a Lieutenant Colonel in the U.S. Army Reserve. Tyson’s brothers, Beau and Trevor, also graduated from Brenham High School and went on to earn degrees at Texas A&M and serve in the armed forces.

Prior to taking on his current role, Voelkel held numerous profit and loss responsibilities, including the position of Chief Operating Officer for a multibillion-dollar company in Houston, Texas. Voelkel is currently the President of the Texas A&M Foundation and actively serves on the Texas A&M Board of Visitors, the Galveston A&M Board of Visitors, the Bush School of Government and Public Service Advisory Board, and the Children’s Memorial Hermann Hospital Board. He and his wife Christi, Brenham High School class of 1994, live in College Station and have three daughters, Eliana, Lily, and Violet.

The Brenham ISD 143rd Anniversary Celebration will introduce and recognize these four Distinguished Alumni for 2018. There are no tickets for the event, but seating is $25 per person or $225 for a table of nine. Seating will sell out quickly and reservations can be made by calling Jackie Eckert at the Brenham ISD administration office at 979-277-3700, extension 2102 or by stopping by the BISD administration office at 711 E. Mansfield in Brenham. Checks may be made out to Brenham ISD and mailed to  P.O. Box 1147, Brenham, TX 77834. Deadline to reserve seats is Wednesday, August 29, or whenever seats are sold out.