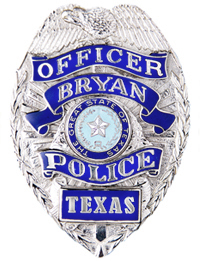 The Bryan Police Department is investigating an early-morning shooting death.

Police were called to the 500 block of West Martin Luther King Jr. St., east of Highway 21.

Police arrived at the scene just before 4:00 a.m., and discovered the victim.  They were taken to CHI St. Joseph’s Hospital where they were pronounced dead.

Authorities say they believe the shooting was an isolated incident and the public is not in danger.

The homicide is currently under investigation.