Buccaneers picks up their 20th win this season 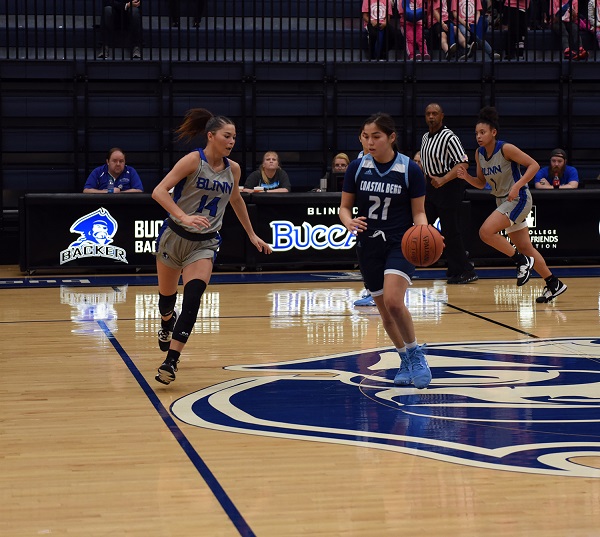 “It has been a long three seasons since we have had 20 wins and I am proud that this team did it,” said Jeff Jenkins, Blinn head coach. “They have been working so hard and I am proud of them and proud of my assistant coach, and they deserve it. We play a tough conference schedule against a lot of good teams and winning 20 games is not easy.”

Mia Cherry led the Buccaneers with 17 points, while Hailey Atwood and Mariel Wade each scored 15, and Kristine Ezimako scored 12.

“It feels great to get our 20th win of the season because we have worked so hard in practice and wanted to put on a show for everybody,” Wade said. “I wanted to have a big game for my team. We are so competitive every game and I love this team.”

Alanna Spencer made three shots from downtown to lead the Buccaneers to a 23-12 lead in the opening quarter, while Cherry contributed seven points with a 3-pointer, a 2-pointer, and two free throws. Blinn leaped out to a 9-1 lead as Wade, Cherry and Spencer all made 3-pointers. Alex Bowman scored the final two points in the quarter for Blinn. 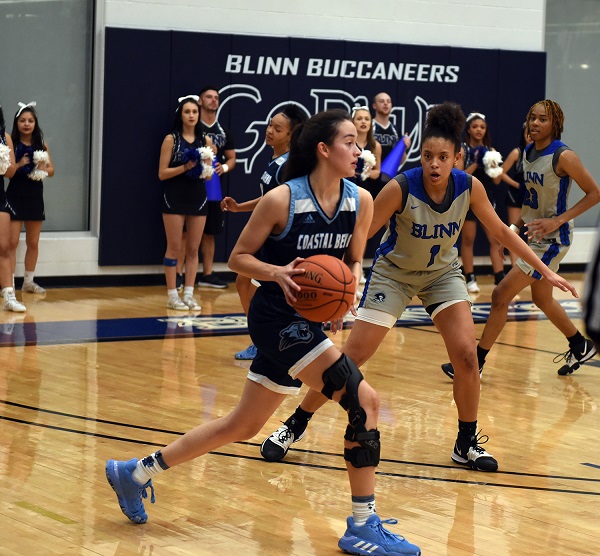 Blinn separated from Coastal Bend by 40 points in the third quarter to enter the last period of the game with a 79-39 advantage. Blinn opened the quarter on a 16-2 run to take a 62-30 lead. The Buccaneers capped off the quarter with nine straight points to pull ahead by 40. 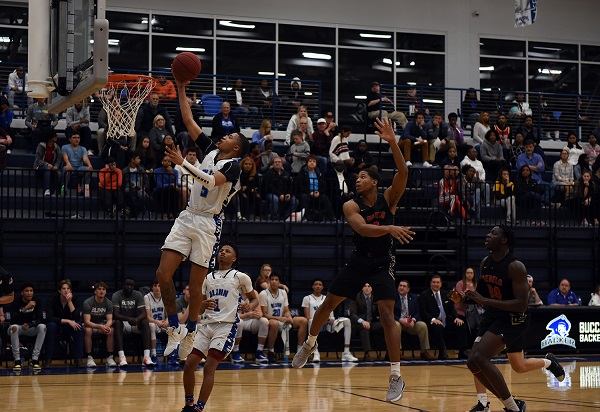 “Our guys played really well and we competed the whole 40 minutes,” said Scott Schumacher, Blinn head coach. “They did what we asked them to do and understood this was a big game. They relish every second playing in front of our home crowd, so kudos to the students who came out tonight.”

“We have a lot of fight in us and knew this was a big game, so we had to play tough defense at the end,” Carpenter said. “We all have the same mindset to win.”

The Buccaneers went 16-for-17 at the free throw line to help build a 47-39 lead at the half. Ikpe led Blinn with 15 points in the opening quarter. Blinn strung together six straight points to lead 18-11, but Lee closed in on the Buccaneers 22-20. Rainey and Castro hit back-to-back 3-pointers to lead Blinn on a 10-0 run and keep the Buccaneers ahead 32-20. They held onto the lead for the remainder of the half. 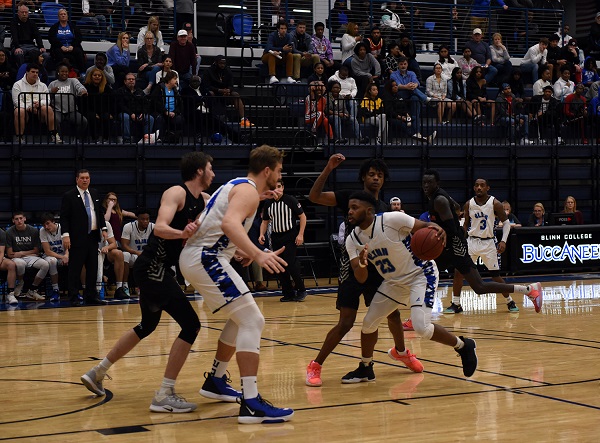 Blinn opened the second half with six straight points and stayed ahead until Lee evened the score 84-84 in the final three minutes. Lee came close to tying the game earlier, but Castro hit back-to-back 2-pointers when the Runnin’ Rebels came within one point (79-78). Once Lee tied the game, Castro made a free throw for Blinn to pull back ahead 85-84 and Seay scored a 3-pointer in the final 25.3 seconds to keep Blinn on top by four points. Blinn ended the game on a 6-0 run for the win.

“Seay’s 3-pointer was really the dagger that separated us,” Schumacher said.

Next, Blinn will host Coastal Bend College on Wednesday, Feb. 19, at 7:30 p.m. at the Kruse Center. The Blinn women’s basketball team will open the doubleheader against Bossier Parish Community College at 5:30 p.m.