The City of Burton has officially declared a State of Disaster in the wake of the Coronavirus outbreak.

The order is for the next seven days, and will be revisited in one week.

The order also enables the city to “take any action necessary to promote health and suppress the virus” including any quarantines of people or structures and regulation of comings and goings from occupied structures.

The declaration also mandates that anyone who “knowingly or intentionally violates” the declaration can be fined up to $1000 and sentenced to up to 180 days in jail. 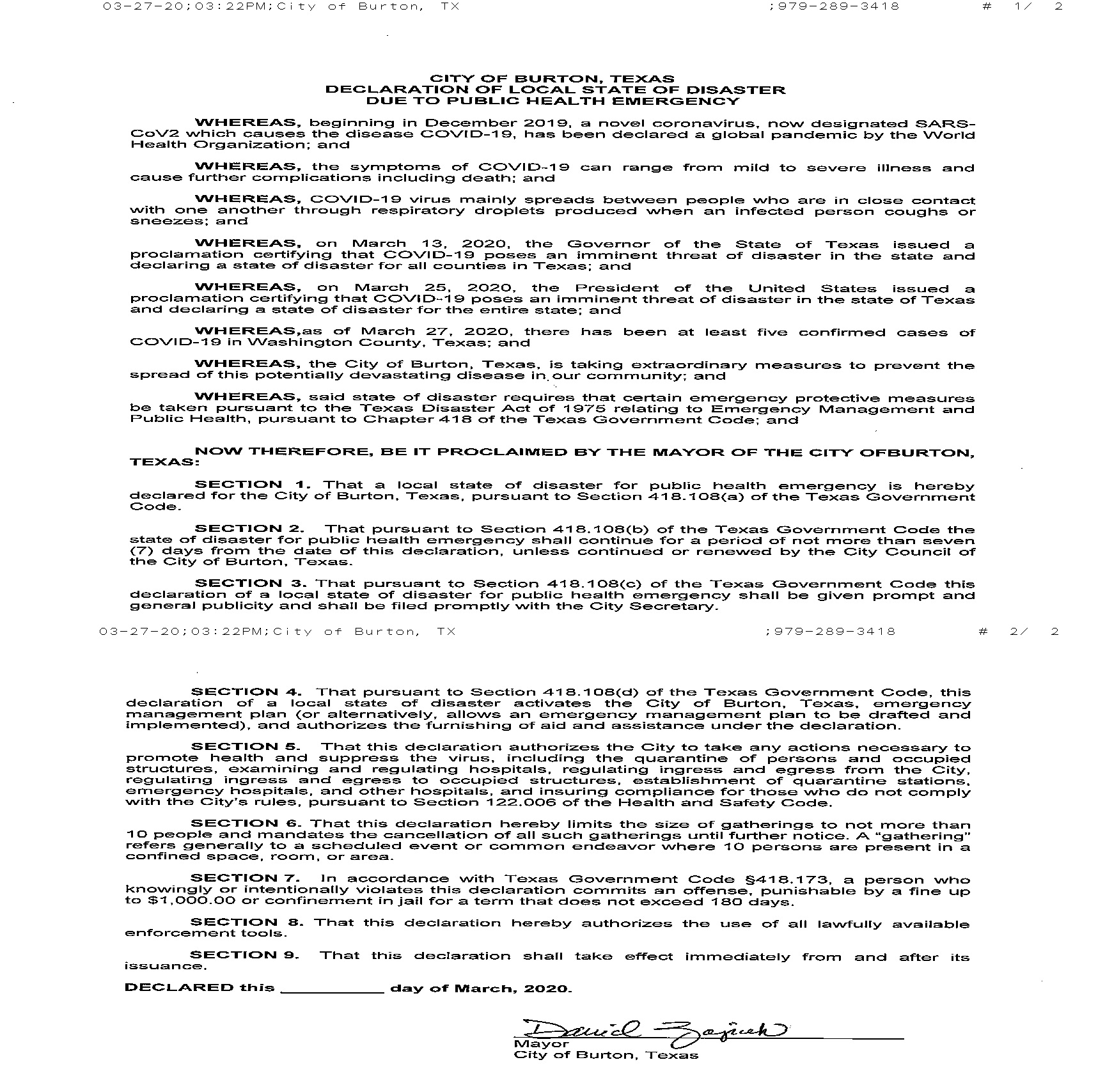