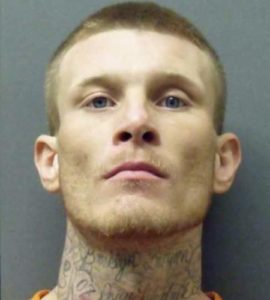 A Caldwell man is the second person to be sentenced to prison time in the 2017 death of a Rockdale woman.

32-year-old Edward Brannon Barry was sentenced today (Friday) to 50 years behind bars, for his role in the death of Emily Hacker.

Hacker’s body was found burned and buried in a shallow grave near Lyons in rural Burleson County, over a week after she was reported missing in January 2017.

Both Barry and 32-year-old Candice Nicole Jones of Rockdale plead guilty in April to the murder charge.  The two waived their rights to appeal as part of the plea deal.  Jones was sentenced earlier this month, also to 50 years in prison.

According to the Milam County District Attorney’s Office, Barry will be eligible for, but not entitled to, parole after half his sentence is complete. 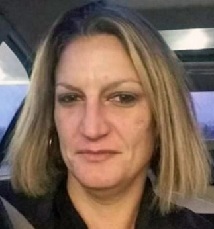 Autopsy results show Hacker died from blunt force trauma.  According to arrest affidavits, the likely motive for the killing was revenge, for Jones being implicated by Hacker on a gun possession charge.

Also charged with capital murder are 24-year-old Ashley Yvonne Wesson-Zawadzke and 37-year-old John Wayne Stewart, both of Somerville.  A fifth suspect, 30-year-old Kevin Cormier of Caldwell, was charged with tampering with evidence.  Trial dates for these three have not been set.