The head coach of the Blinn Buccaneer football team will be guest speaker at the Brenham Evening Lions Club meeting Tuesday night. 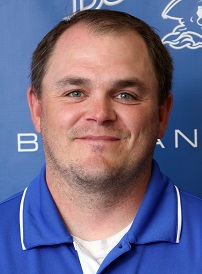 Coach Ryan Mahon will address the meeting, set for the Cannery Kitchen in Brenham.

Under Mahon last season, the Buccaneers won their first bowl game since 2011, while leading the nation in total offense.

Blinn is picked to win the conference title this season.

This year, four former Bucs who played under Mahon signed with the NFL.

The Evening Lions will meet at 6:30 p.m. at the Cannery Kitchen.