Three former Cub football greats and the first Brenham team to ever play for the state Championship have been honored by the Cubs Hall of Honor. 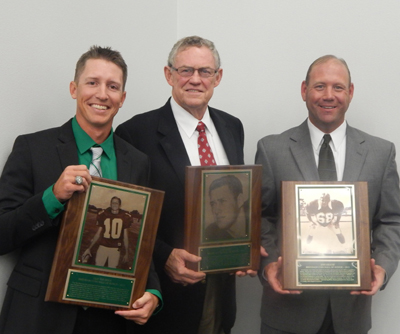 The luncheon also served as a reunion for members of the 2002 Cubs team that advanced to the State UIL Championship game.

Don Koehn was an All-District lineman and running back for the Cubs in the early 60’s.  He went on to play three seasons for the Texas A&M Aggies.  Koehn graduated with a degree in architectural engineering and had a successful career in construction.

Kris Krause is regarded as one of the toughest and hardest hitting Cubs of all-time.  Krause was a three-year starter and was the District Defensive Player of the Year in 1987.  He played two year for the Blinn Buccaneers and graduated from Texas A&M with a degree in business.

Clay Van Hook was the quarterback and team leader for the 2002 Cubs.  Van Hook set a school record with 29 touchdown passes and threw for over 2000 yards.  He was also a standout on the Cubs baseball team and went on to win a College World Series Championship with the Texas Longorns.  He is currently an assistant coach for the Rice Owls.

The 2002 Cubs made history by becoming the first team to play for the State Championship.  After finishing the regular season 9-1 (6-1 in district) the Cubs swept through the playoffs, with wins over Taylor, Caney Creek, West Columbia, LaMarque and Gregory-Portland, before falling to Denton-Ryan in the title game. 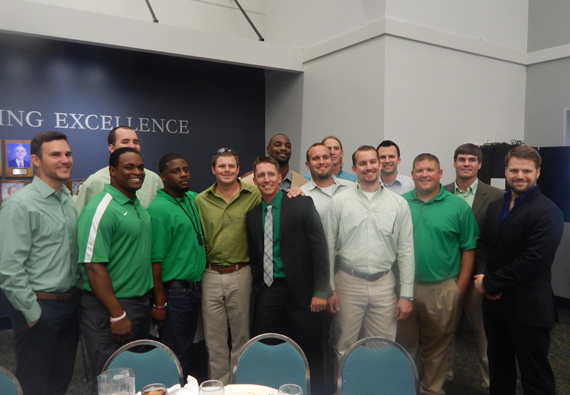 Members of the 2002 Brenham Cubs