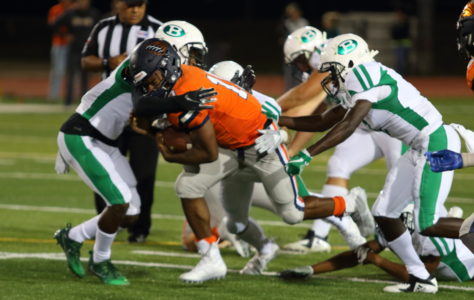 The Cub Defense tries to stop a Leaner Glenn runner in the first half.

Brenham’s 4 game win streak came to an end Friday night as they fell to Leander Glenn 21-7.

Glenn scored on their 1st 2 possessions.  Daylonn McCowan would get the lone score for the Cubs on a 7 yd TD run.

Cubs back in action Friday November 9th at home vs. Pflugerville Weiss.  7:30 kick-off, 7pm pregame on KWHI AM1280/FM 101.7 and KWHI.com.  With a Cub victory Brenham will lock up the #2 seed in district and earn an opening round home play-off game. 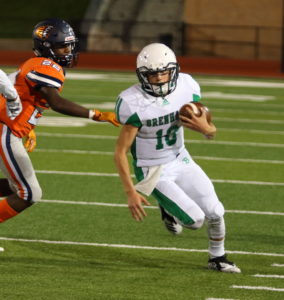 Cub Quarterback Garrison Weiss sprints to the sideline on a play in the first half. 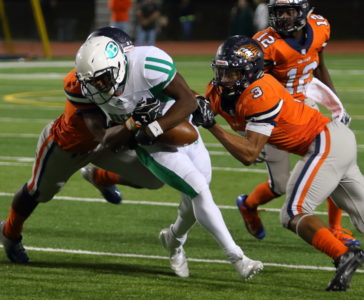 Cub running back Tyree Jackson almost fumbles on this play in the first half.

Off. Fum and Pnk Blks