Nancy Warioba was the top vote-getter for the Buccaneers, earning all-region and all-tournament honors. On the year, Warioba averaged a double-double with 11 points and 10 rebounds.

“Nancy improved a lot from the beginning of the year to the end,” said coach Jeff Jenkins. “She will only get better in her next two years of basketball.”

Katelynn Johnson was named to the all-region team after hitting 85 shots from beyond the 3-point line for the Buccaneers.

“Katelynn was the leading scorer for us at 13.5 points per game,” Jenkins said. “It’s been a long time since I have had a player make 85 3-pointers.” 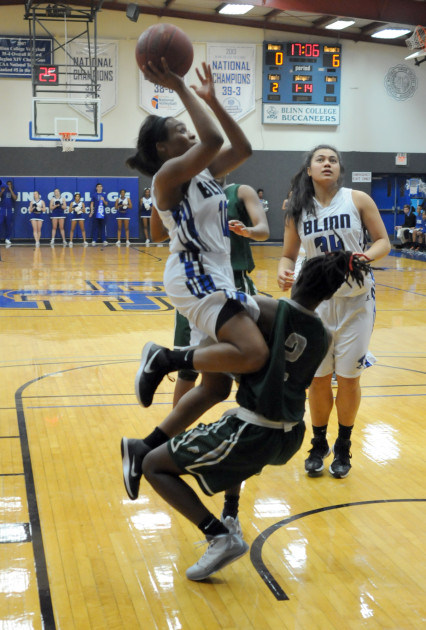 Blinn compiled a 20-11 overall record and finished 13-7 in conference. The Buccaneers lost in the quarterfinals of the Region XIV Tournament to Bossier Parish Community College to end the season.

Blinn has competed in intercollegiate athletics since 1903 and captured 30 NJCAA national championships since 1987. For more information, visit: www.buccaneersports.com.