The Lower Colorado River Authority is set to go ahead with plans for a new reservoir.

The 40,000 acre-foot off-channel reservoir will be located near Lane City in Wharton County, and could be filled several times a year, adding up to 90,000 acre-feet of firm water to the region’s supply.

LCRA plans to break ground on the Lane City Reservoir Project later this year. The $214.9 million reservoir is expected to begin operating in 2017.

Timothy Timmerman, chairman of LCRA’s board says this is a major step that will benefit the entire region for generations.  He also says this will be the first significant new water supply reservoir for this region since the Highland Lakes were built back in the 1930s and ‘40s.

Timmerman says the new reservoir will reduce the need to send water from the Highland Lakes to meet water needs near the coast, and improve agricultural water reliability and efficiency. The reservoir also will reduce the risk of water curtailment. 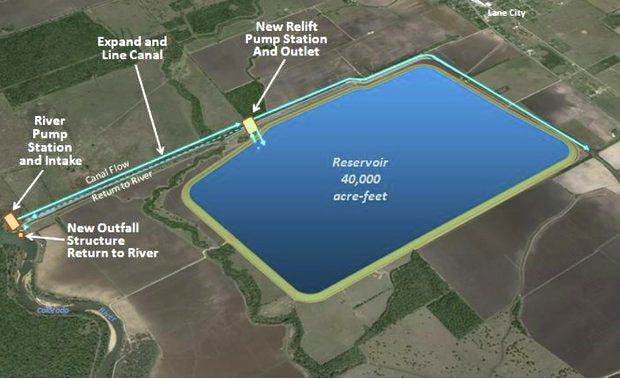