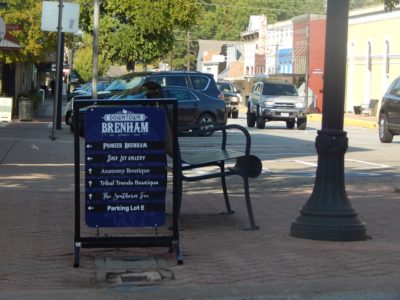 Anyone who's made their way through downtown Brenham recently might have noticed some new sidewalk signs at several intersections.

Those signs, which were put out last week, are part of a new pilot program being rolled out by Main Street Brenham. The “sandwich board signs” direct pedestrians along Alamo and Commerce Streets to nearby businesses and places of interest.

Brenham Main Street Manager Caz Muske said the signs will be out through the end of January 2020, in order to take advantage of the “multitude of different events” taking place downtown during this timeframe, like the Christmas Stroll and Uptown Swirl.

Muske said the city is hoping to get feedback on the usefulness of the signs, which are designed to enhance wayfinding for visitors downtown. 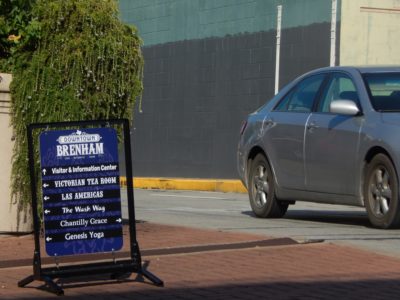 City officials earlier this year approved the pilot program, which currently focuses on businesses that are located off the square and might be considered by some to be hard to find.

According to Muske, businesses are loving the new signs so far. 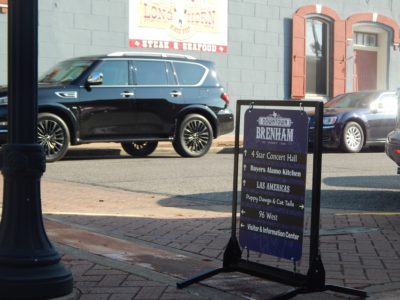 Depending on the program’s reception and feedback from the public, Muske said it could potentially go before city council as an action item next year.

Anyone wishing to offer comment on the new signs is encouraged to contact Muske before the end of January by calling 979-337-7249, or emailing cmuske@cityofbrenham.org.