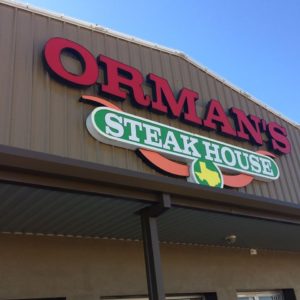 A Brenham steakhouse will be closing its doors this weekend.

Orman’s Steakhouse has announced it will close its location at 2100 Highway 290 East in Brenham, just over a year after it opened on October 17, 2018.

Hughes said he is grateful for and humbled by the community’s support and loyalty towards the restaurant over the past year.

Orman’s will remain open through Friday before permanently closing on Saturday.