A Pearland woman had to be airlifted to an area hospital Friday afternoon when her Jeep Wrangler sided swiped a pickup-truck and rolled over on West Main Street near the Dixie Street.

Brenham police began getting reports about a reckless driver coming in to town from Highway 290 west at 2:22pm.  She side swiped the truck at 2:40pm and rolled over, causing significant injuries.

The woman’s name and the extent of her injuries have not been revealed. 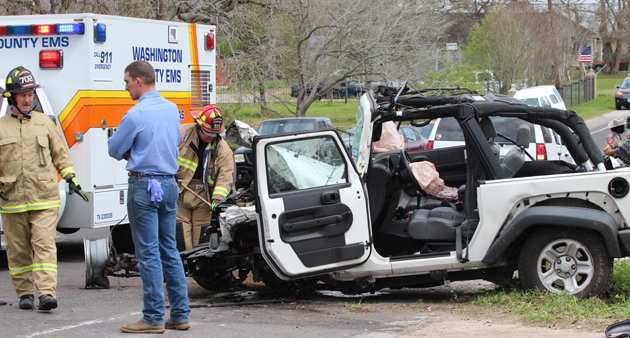 Emergency crews work to clear the scene of the accident on Main Street.