A Nacogdoches man has received a probated sentence after being found guilty in Grimes County of sexual assault. 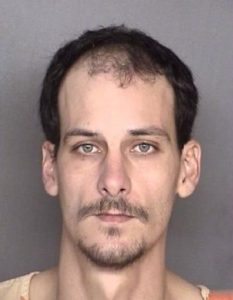 According to the Grimes County District Attorney’s Office, Christopher Blake Martin was found guilty of the charge Monday.  The charge comes from January 2018, where Martin forcibly raped an intoxicated 20-year-old woman at a house party.

Sexual Assault is a second degree felony with a range of 2 to 20 years in prison.  However, due to Martin’s lack of criminal history, he was eligible for probation.

A jury returned with a recommendation of probation for Martin, who is now a convicted rapist.  He will be required to register as a sex offender for the rest of his life.

The duration of his probation will be determined at a sentencing hearing scheduled for May 28th.