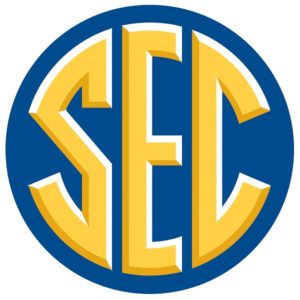 The SEC presidents and chancellors have approved a 10-game, conference-only football schedule for the fall that begins Sept. 26.

Florida athletic director Scott Stricklin confirmed the SEC will keep its division format and the eight teams that are currently scheduled, and that the league is still determining the two additional teams each squad will face.

The full schedule will be announced at a later date.

Texas A&M Athletic Director Ross Bjork applauded the decision, "This is the right decision for the SEC, our athletics program, and most importantly the well-being of our student-athletes. Given the evolving nature of the current health challenge and the potential variables our University faces when thousands of students return to College Station, we believe a late September start for college football gives our students, student-athletes, staff, coaches, and university community the safest environment possible. An 'SEC-only' schedule gives us clarity, hope, and optimism as we approach the weeks and months ahead.

“In the near term, we will be releasing specific details of our Kyle Field capacity plan that follow Governor Abbott’s executive orders, and will provide options for season ticket holders, students, and fans so they can experience Texas A&M and SEC football in 2020. We will also work with the University of Arkansas and officials at AT&T Stadium to officially move our game to Kyle Field since we are the designated home team for this season.”

The SEC title game is scheduled for Dec. 19, two weeks later than planned, at Mercedes-Benz Stadium in Atlanta. The schedule includes one open date for each school in the middle of the season, as well as an open date on Dec. 12 for all teams.

KWHI will have live coverage of Aggie football throughout the 2020 season.

The SEC became the fourth Power 5 conference this month to alter its schedule in order to provide more flexibility during the pandemic, joining the Big Ten, Pac-12 and ACC. The Big 12 has yet to determine any schedule changes.