Tuesday afternoon rains in Brenham threatened to put a damper on the second day of peaceful protests of the death of George Floyd, but the gathering ended up drawing more crowds than Monday’s event. 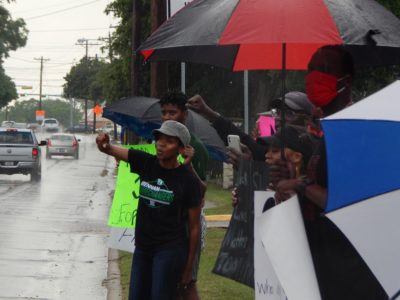 Right as cars started to pull into the parking lot on North Park Street by Henderson Park shortly after 5 p.m., dark clouds moved in, bringing with them heavy rains which lasted for about 20 minutes.  Some retreated to their vehicles, but many still stood on the sides of the street and waited for the rain to let up.  Once it did, the gathering grew to far surpass what was seen Monday.

As with Monday’s event, Tuesday’s event remained peaceful and drew people of all ages and ethnic groups.  Crowds held up signs, sang spiritual songs, and prayed together.  Some also brought voter registration information to help people get signed up to vote.  Several cars, including a Blinn College Police Department cruiser, drove by and honked their horns in support.

Among those in attendance Tuesday was Washington County Precinct One Commissioner candidate Shirley Harris-Jackson.  She said change is needed, and it is needed soon.

Also in attendance was Brenham Police Captain Lloyd Powell, who helped pass out bottles of water to the protestors.

Leticia Wills, the organizer of Brenham’s protests Monday and Tuesday, said she is not organizing a gathering today (Wednesday), but added in a Facebook Live video that anyone can put together events in the future, not just her. 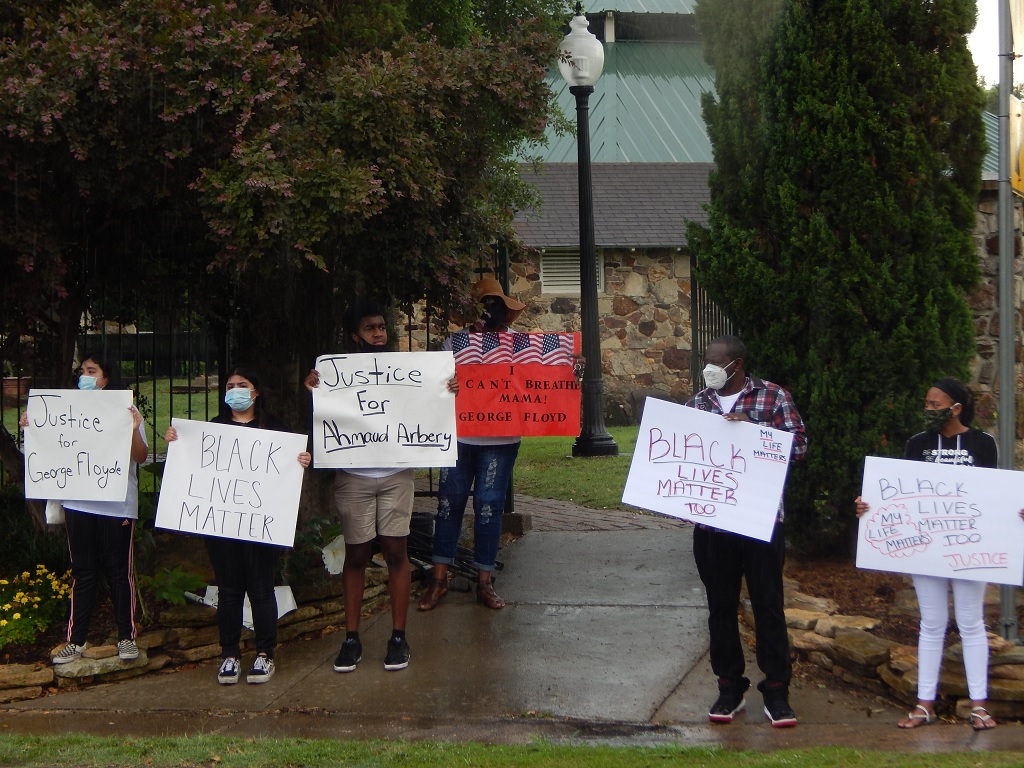 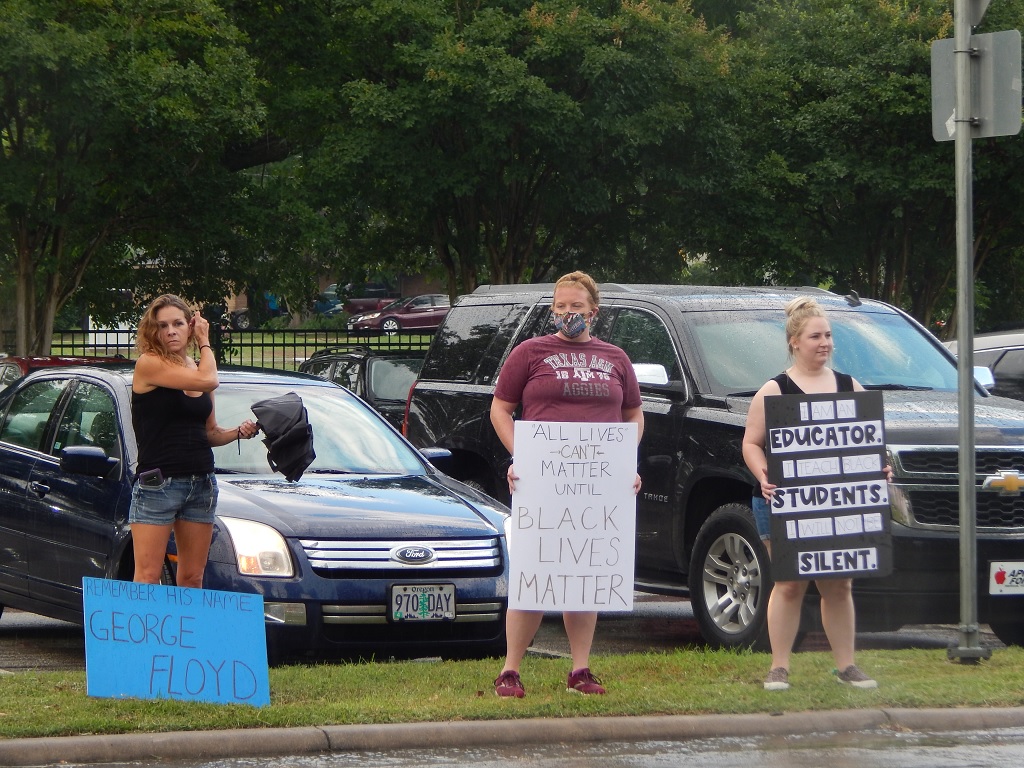 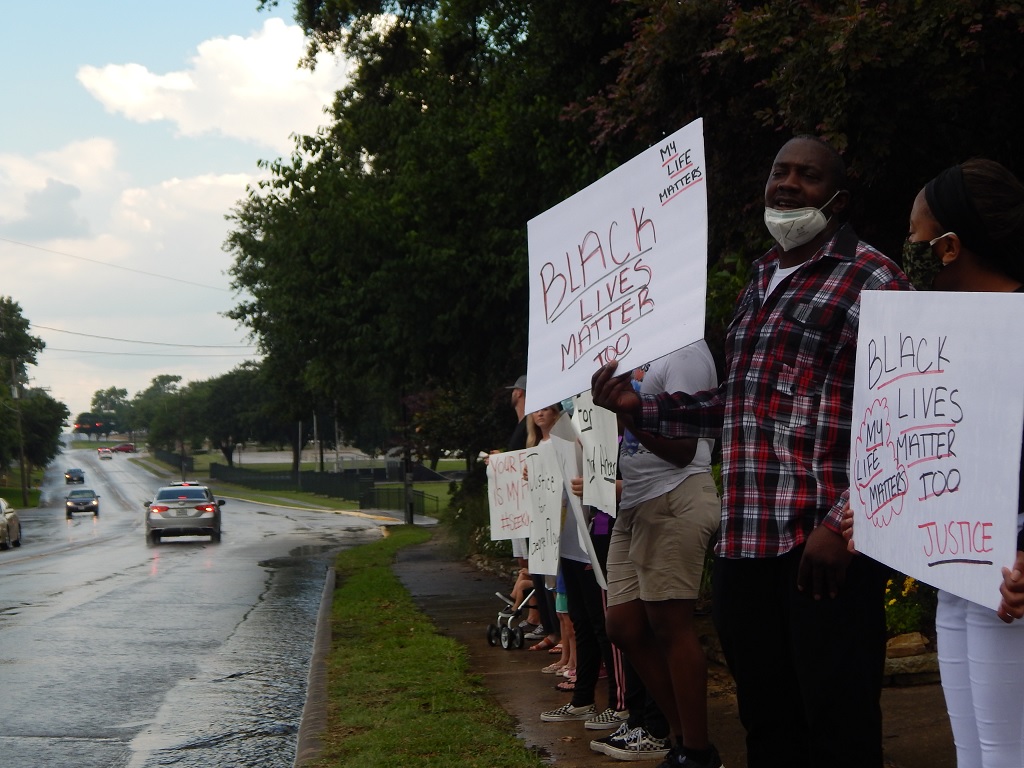