Local veterans, businesses, and the City of Brenham have completed a series of security upgrades at the Veterans Memorial Plaza at Fireman’s Park.

Representatives from the Washington County Veterans Association, City of Brenham, Moeller Electric, and Citizens State Bank gathered Wednesday at the plaza to mark the completion of the security project.

New cameras and lights were installed at the plaza by the City of Brenham.  The cameras can be viewed by operators at the dispatch office, and are recorded 24/7.  The city plans on adding a few more lights to the area around the plaza. 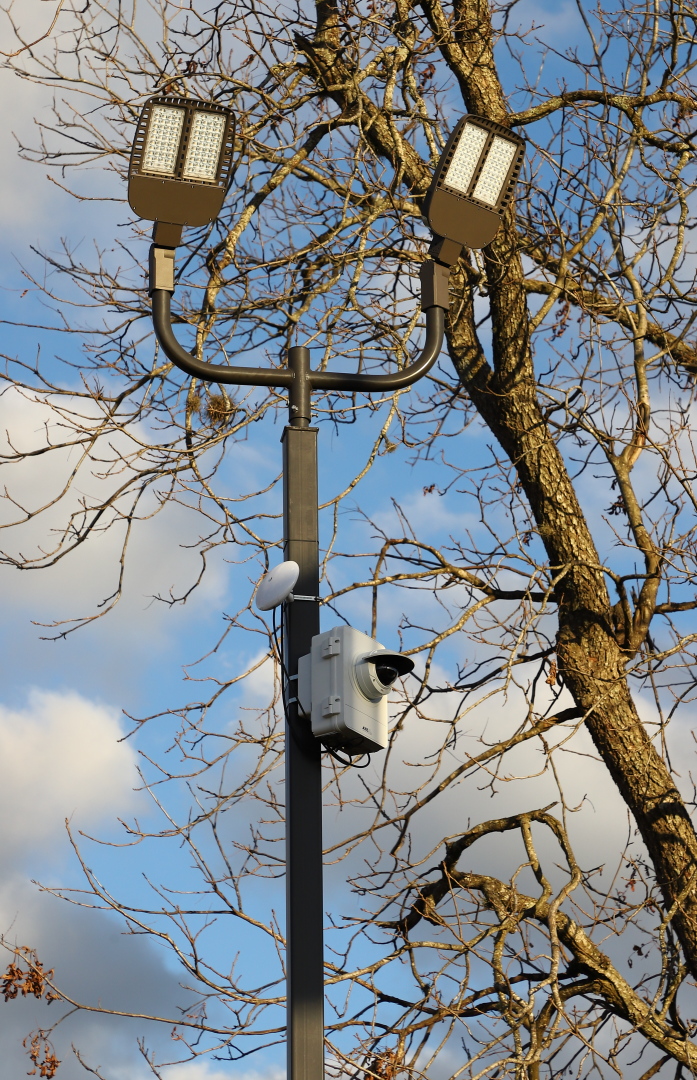 One of the two new poles with lights and camera around the Veterans Plaza.
(Mark Whitehead)

Moeller Electric donated the lighting and the poles that the cameras are mounted on, while Citizens State Bank donated $2,600 for the cameras.

The project began after an incident of vandalism in September at the plaza involving several of its tiers, which hold bricks engraved with names of local veterans.  Two of the plaza’s eight tiers had the trim holding the bricks in place removed and smashed.

Brenham police continue their investigation into the matter.  A reward is being offered by Washington County Crime Stoppers, for information leading to an arrest in the case.  Anyone with information is asked to call Crime Stoppers at 979-836-8477.