Six people were sentenced Thursday in the latest edition of 21st District Court in Brenham. 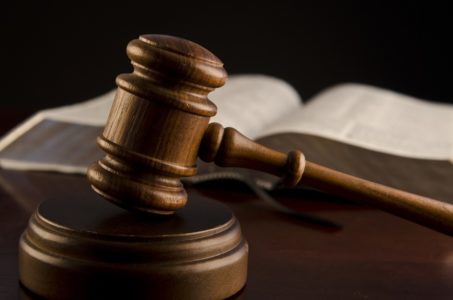 Among those sentenced were 22-year-old Shalyn Grace Henroid of Brenham, who was sentenced to four years in prison for Evading Arrest or Detention with a Vehicle, a third degree felony from September.  She was also convicted of Theft of Property less than $2,500 with two or more previous convictions, and was given time served in the Washington County Jail on that charge, along with $21.97 restitution.

24-year-old Jaylon Whitley of Brenham had his probation adjudicated and was sentenced to a year in jail for Possession of Marijuana between 4 ounces and 5 pounds and Possession of a Controlled Substance, both state jail felonies.  Whitley was also ordered to pay a $500 fine and a $155 lab fee.

32-year-old Ryan Clark Dresch of Brenham was sentenced to eight years probation for Assault of a Family Member Impeding Breath or Circulation, as well as two counts of Obstruction or Retaliation, both third degree felonies.  Dresch was also sentenced to eight years deferred adjudication probation for Aggravated Assault with a Deadly Weapon, a second degree felony.  He was also ordered to pay $2,250 in fines, perform 300 hours of community service, undergo drug and alcohol evaluation and treatment, participate in a batterer’s intervention program, maintain no contact with the victim and witnesses in these cases, and pay $100 to a domestic violence shelter.

38-year-old Johnnie Hoffmann, III of Chappell Hill was sentenced to seven months in jail for two counts of Forgery.  Hoffmann will also have to pay $1,175 in restitution.

21-year-old Nathan Christopher Gonzalez of Humble was sentenced to 15 months deferred adjudication probation for Attempted Possession of a Controlled Substance, a Class A misdemeanor.  Gonzalez will also have to pay a $500 fine and a $180 lab fee, perform 75 hours of community service, and undergo drug and alcohol evaluation and treatment.

50-year-old Dawn Patricia Lucker of Willis had her probation adjudicated and was sentenced to two years probation for Tampering with Physical Evidence, a third degree felony.