A pair of Brenham businesses are under the scrutiny of the Texas Alcoholic Beverage Commission (TABC), after the state agency received complaints alleging violations of Governor Greg Abbott’s recent executive order shutting down bars and limiting restaurant capacity. 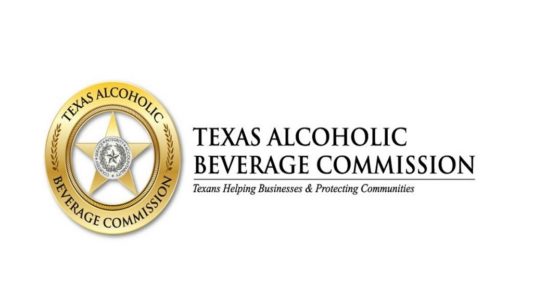 According to TABC Public Information Officer Chris Porter, the agency is currently investigating complaints against The Yard and Pioneer Smokehouse to determine if they are following Abbott’s order, issued in June.  Porter said the TABC was made aware by the Brenham Police Department of a possible violation at The Yard—which is classified by the TABC as a bar—while the report against Pioneer Smokehouse was believed to have come from a citizen complaining of social distancing measures not being followed.

Porter said no action has been taken against the two businesses, and they will be given the chance to comply before the state takes any action.

The Yard is licensed to operate as a bar, meaning 51 percent or more of revenue comes from on-site alcohol sales.  Under Abbott’s order, this requires the business to close on-premises dining and drinking.  Meanwhile, Pioneer Smokehouse operates as a restaurant, meaning it can still operate as long as it only allows up to 50 percent of indoor seating capacity.

According to Leland Hartstack, owner of The Yard, the business closed Tuesday after the report.  He stated that, upon opening its doors and receiving its liquor license nearly a year ago, the business had to provide estimates of alcohol and food sales to the TABC.  At the time, Hartstack anticipated selling more alcohol than food, but as time has gone on, he said the business now sells 64 percent food to 36 percent alcohol.

Hartstack said he is now trying to go through the proper channels to prove to the TABC that it receives most of its revenue from food sales.  The establishment is still allowed to do takeout orders, but the closing of dine-in has made it difficult for his employees, who he said have had to take a cut in hours.  He expects the business could lose up to $5,000 a week in sales for each week the inside remains closed.

Hartstack added he is very appreciative of the support shown by the community during this time, saying people have reached out to him letting him know they have contacted the offices of State Senator Lois Kolkhorst and State Representative Ben Leman in support of him.  He said he is proud to see people standing up for their community and what they feel is right.

Porter said in cases where businesses feel the need to clarify their alcohol sales numbers to the TABC, they need to get authorization from the agency before they proceed.

Pioneer Smokehouse owner Mark Renn said the restaurant has complied with all of TABC’s requests and recommendations, adding that the only issue at this time has been social distancing among guests seated in the outdoor dining area.  He said, other than that, everything else has been “on the up and up” with the governor’s order.