A Texas A&M football player has pleaded not guilty to two counts of indecent exposure. 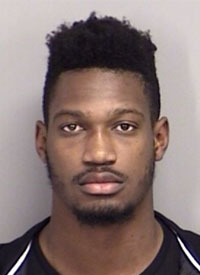 20-year-old Kirk James Merritt is accused of exposing his private parts in front of a woman on October 25, 2016. According to court documents, he allegedly did it again to another woman the following day.

Merritt is a wide receiver on the football team.

On Friday, the Texas A&M Athletics Department released a statement on the incident:

“On Oct. 25, the athletics department was notified of the accusations as well as the Title IX Office and the Office of the Dean of Student Life.

Feb. 1, Merritt’s suspension was lifted by the athletics department after the university action.

Merritt will not participate in the spring game on April 8.”