The second annual Texas Arts and Music Festival will be held in downtown historic Brenham, Tex. on October 20, 21 and 22. The free festival will feature live music on multiple stages, an art village, pop-up art galleries, live mural paintings and more.

The Texas Arts and Music Festival is a non-profit organization focused on supporting art education, and bringing visual and performing arts to Brenham for the community and surrounding areas to enjoy. The city of Brenham and Brenham Community Development Corporation accepted a master plan in 2011 that designated an area south of the main square as an Arts and Theater District. The festival aims to revitalize the area and create a space for public art on the walls of Brenham’s downtown buildings of more joyful and colorful images that make the area an attraction for visitors.

"Many larger cities have begun to recognize the positive effects mural art can bring to their residents and the city environments," said Doug Cason, from the festival’s board of directors and professor of visual arts at Blinn College, "The murals painted in 2016 have become a staple on social media, as our youth and photographers document these decorated walls and the fairytale reading they provide."

The festival is proud to announce famed artists, Jeff Soto, Daniel Anguilu and Michael C. Rodriguez will create carefully planned, large-scale murals during the festival. Each artist has been given information on the rich history of Brenham and the region, and will design artwork that will coexist with the surrounding areas on the approved buildings in the district. 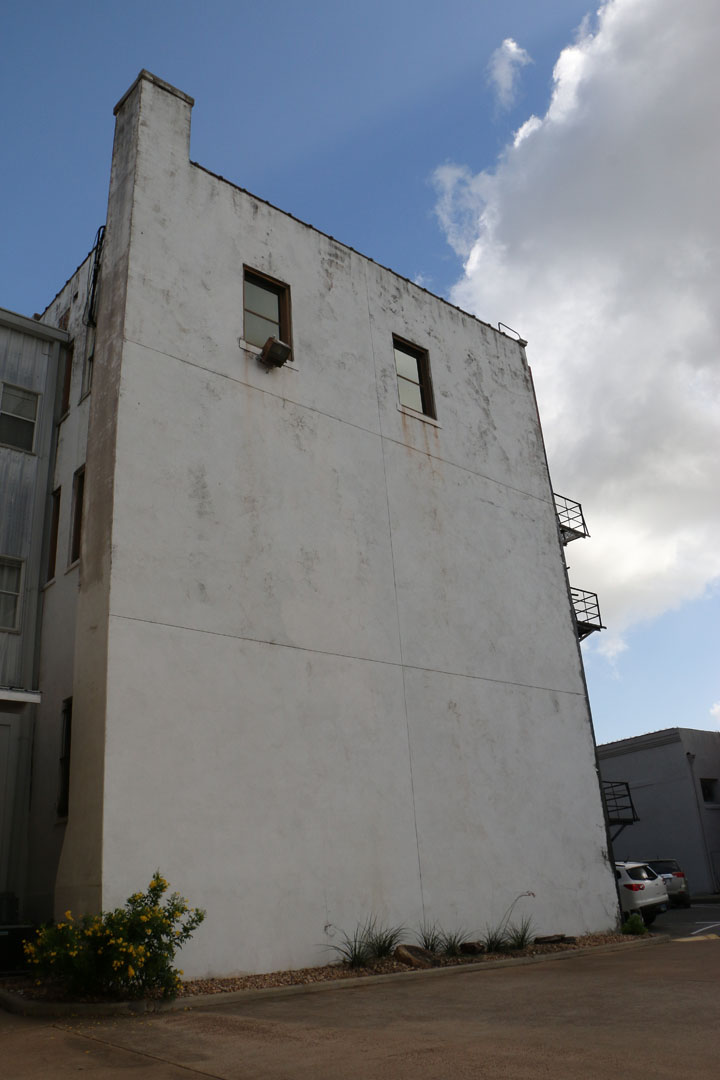 Back of the Faske Building currently.

Jeff Soto is an international, art celebrity in both the illustration and muralist world. A traveler can find the works of Soto as far away as New York, Los Angeles, London, Paris and Tokyo. Soto’s mural for the October festival will be his first in Texas. His 72,000 followers on Instagram have watched him create on walls and concert posters for the Black Keys, Pearl Jam, Heart and Metallica, along with projects with Converse, Volkswagon, and Disney. Soto has created the Texas Arts and Music Festival poster and beginning early Friday, October 20, will be painting the back, three stories of the Faske building. The artist’s distinct color palette, subject matter and technique resonate with a growing audience and bridge the gap between pop surrealism and street art. Inspired by youthful nostalgia, nature, and popular culture, his bold, representational work is simultaneously accessible and stimulating.

Daniel Anguilu and Michael C. Rodriguez are both Houston artists of critical acclaim. Anguilu has been invited to many cities in the US, Mexico, Peru, Spain, and Italy to create murals for art exhibitions, including the Mexican Consulate. Anguilu’s work is a stained-glass fusion of pre-Columbian imagery derived from his family leaving Mexico when he was 14 and moved to the United States where he says, "I met kids that were painting and I started hanging out with them. We could communicate without really speaking."

Michael C. Rodriguez brings a whimsical mixture of clean-lined cartoon characters from old illustrations; women mixed with bears and wolves in suits and all with a bright and clean polish. Rodriguez spends a lot of time researching and doing preparatory sketches in order to achieve an image as polished as possible. He says of his process, "I’m very digital—I like clean lines, solid colors," he explains "I’ll take a long time on a mural because I want everything as clean as possible, like it was made on a computer, and really bright."