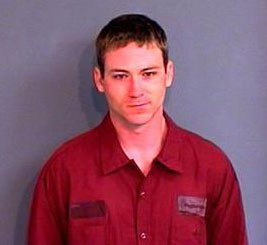 The 30-year old Thuesen was convicted in 2010 for the murder of his former girlfriend, Rachel Joiner  and her brother Travis Joiner.

Judges on the state’s criminal court rejected 45 claims of error Thuesen and his lawyers asserted in the appeal.  Most of the claims dealt with evidence and objections to rulings made by the trial judge and instructions given to the jurors.

The Joiners were by by Thuesen in their College Station apartment on March 6th, 2009, a double murder prosecutors argued was the product of Thuesen’s anger and jealousy.

The defense attorneys insisted during the trial that Thuesen, a Marine who had spent time in Iraq, suffered from post traumatic stress disorder and another mental impairment and that the killings were not committed with intent.