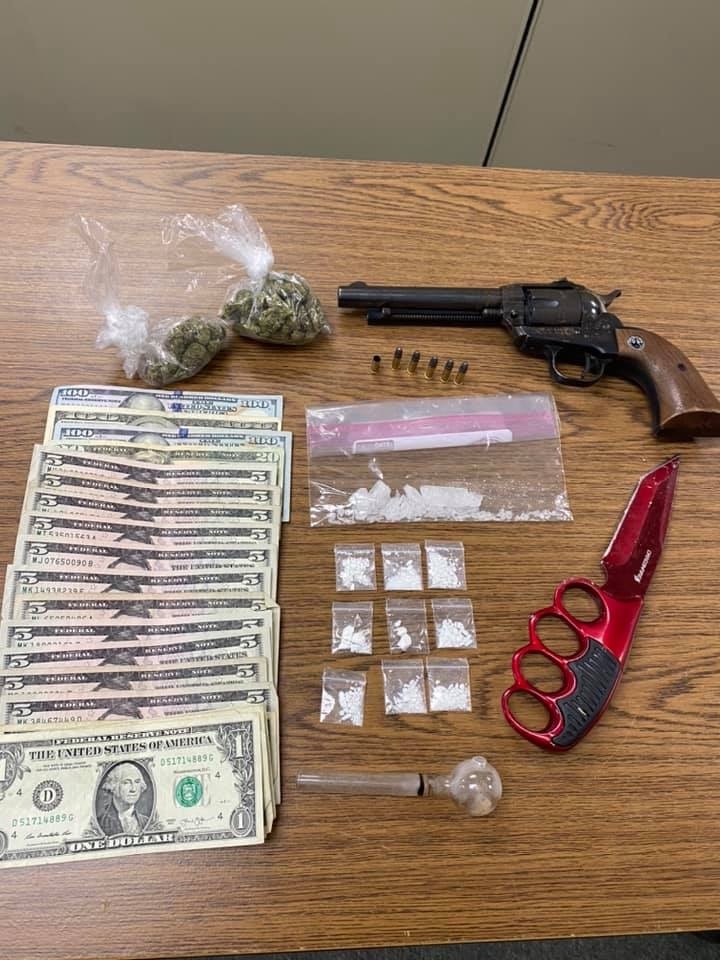 Two people have been arrested in Fayette County, following a brief foot chase by authorities.

Wednesday, just before noon, deputies with the Fayette County Sheriff’s Department and La Grange Police responded to the LaGrange WalMart parking lot to a burglary call.

After locating and detaining two suspects, one bolted from authorities.  Attempts to taze the suspect were unsuccessful, but he was eventually apprehended.  26-year old Miles Rainge of Waelder was taken into custody along with a second suspect, 18-year old Juan Martinez, also of Waelder.

Numerous narcotics such as marijuana, methamphetamine and cocaine were located inside of their vehicle. Also located in the vehicle was a Ruger .22 handgun.  Rainge was also found to be carrying a knife.