Unity Theatre in Brenham is set to present its final production of the 2018-19 season.

The Prince Street Players’ “A Pocketful of Rhymes” opens its one-weekend run at Unity Theatre Thursday on the Main Stage, with two performances daily through Sunday.

The family musical, by Jim Eiler and Jeanne Bargy, features a slate of classic nursery rhymes such as “Twinkle, Twinkle, Little Star” and “Humpty Dumpty”, while a millennium of human civilization is told through rhyme and music. 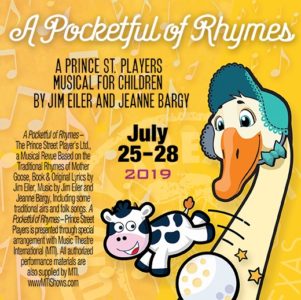