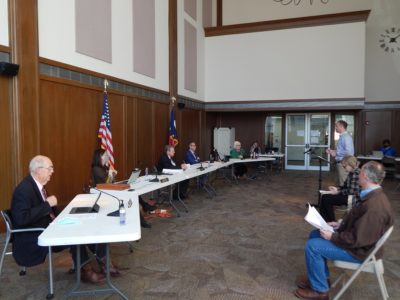 The declaration was initially made effective February 16th, and allows the county to request federal financial assistance for recovery projects.  The declaration will remain in effect until further notice.

Click here to view the disaster declaration as approved by commissioners.

The court also approved a line-item transfer from Indigent to Faith Mission for $3,200 per month, beginning this month.  At the court’s last meeting, Faith Mission was approved to act as the director of operations for the Health and Service Center.