A manhunt yesterday (Wednesday) in Lee County led to the arrest of a suspect accused of stealing an All-Terrain Vehicle.

The Lee County Sheriff’s Office and the Giddings Police Department responded to the report of a stolen ATV.

Authorities searched the area including using drones, and were later able to identify the suspect as Wesley Brown. 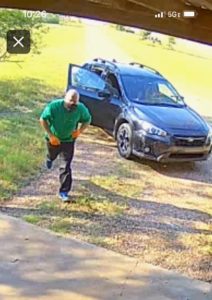 Just before 4pm, they received a tip that a suspicious person matching Brown’s description was seen in the area of County Road 200 near County Road 201.

He was booked into the Lee County Jail in Giddings.