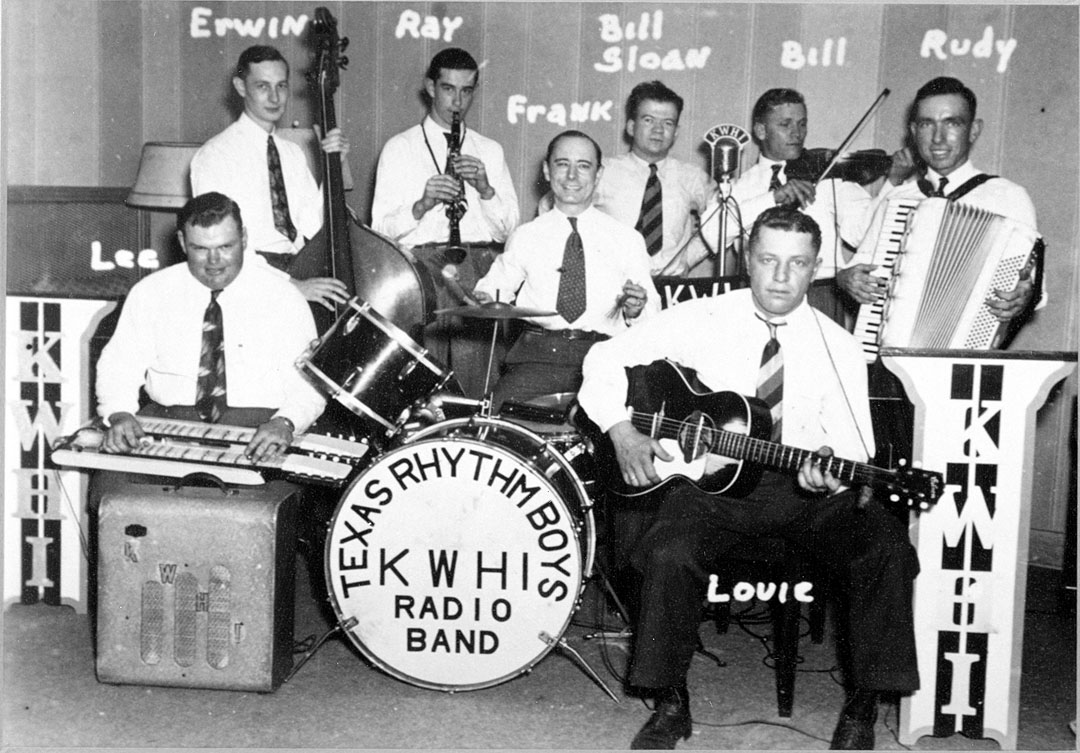 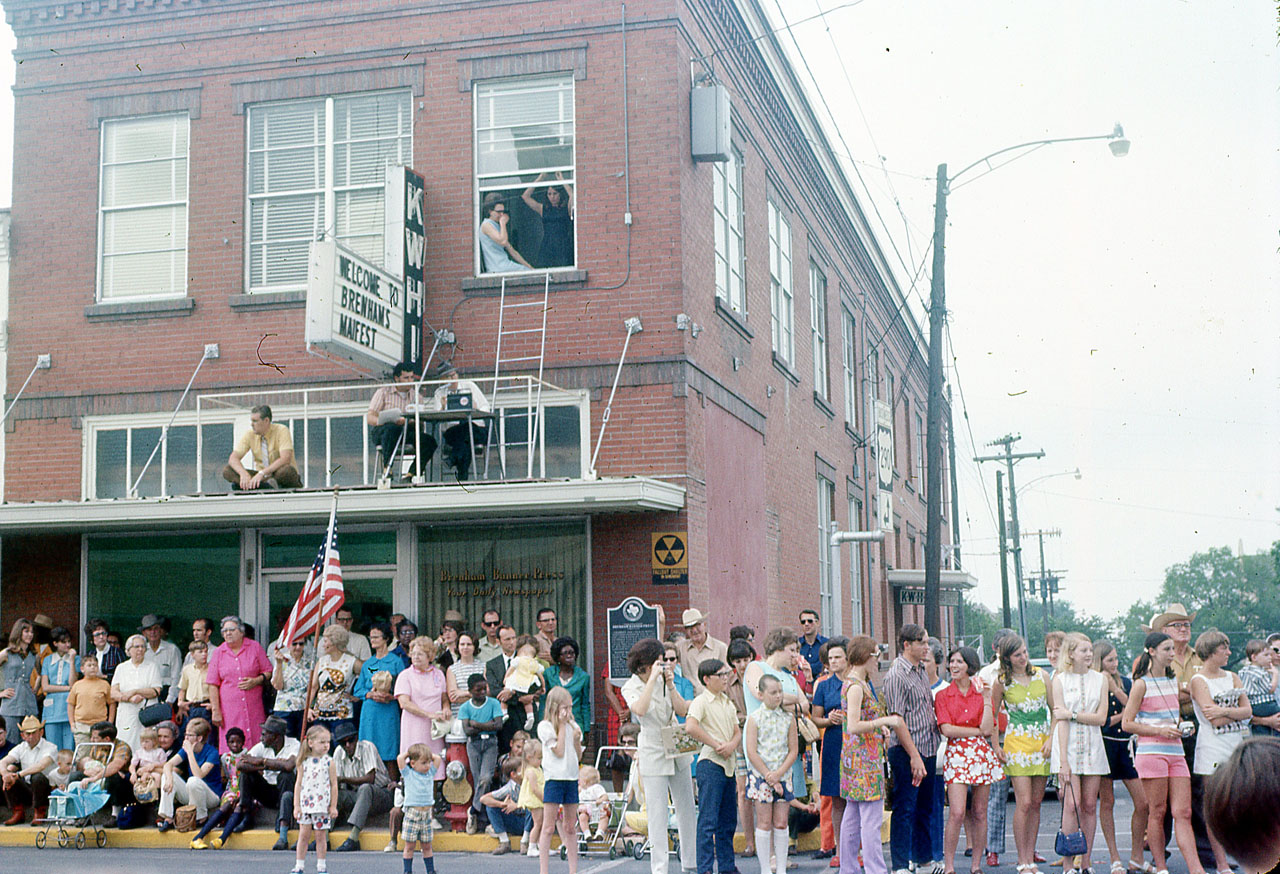 Broadcasting the 1972 Maifest Parade from the awning of the radio station building. On the awning (L to R) Sam Behnke, Randy Reets, and Tom Whitehead Sr. 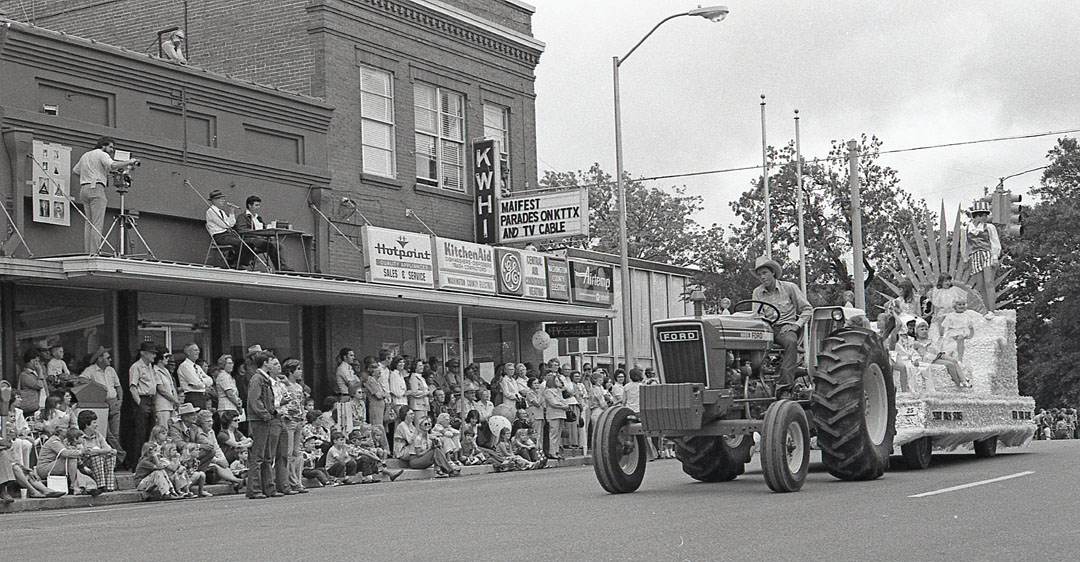 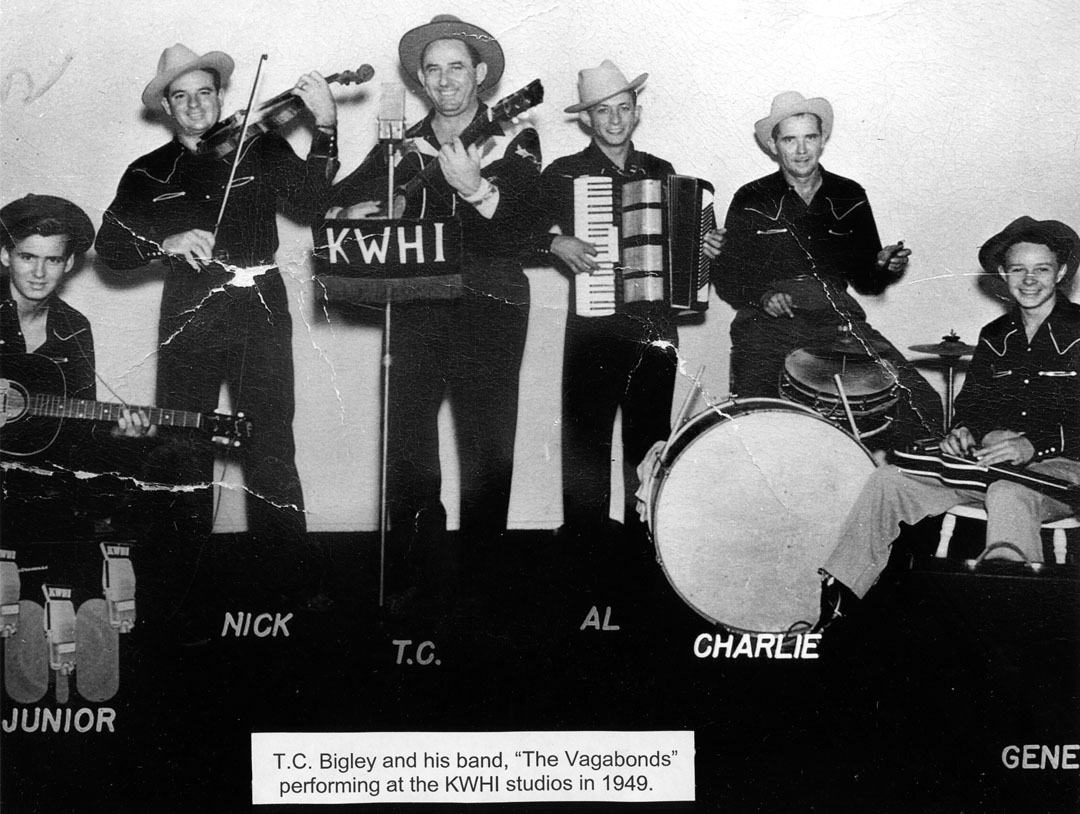 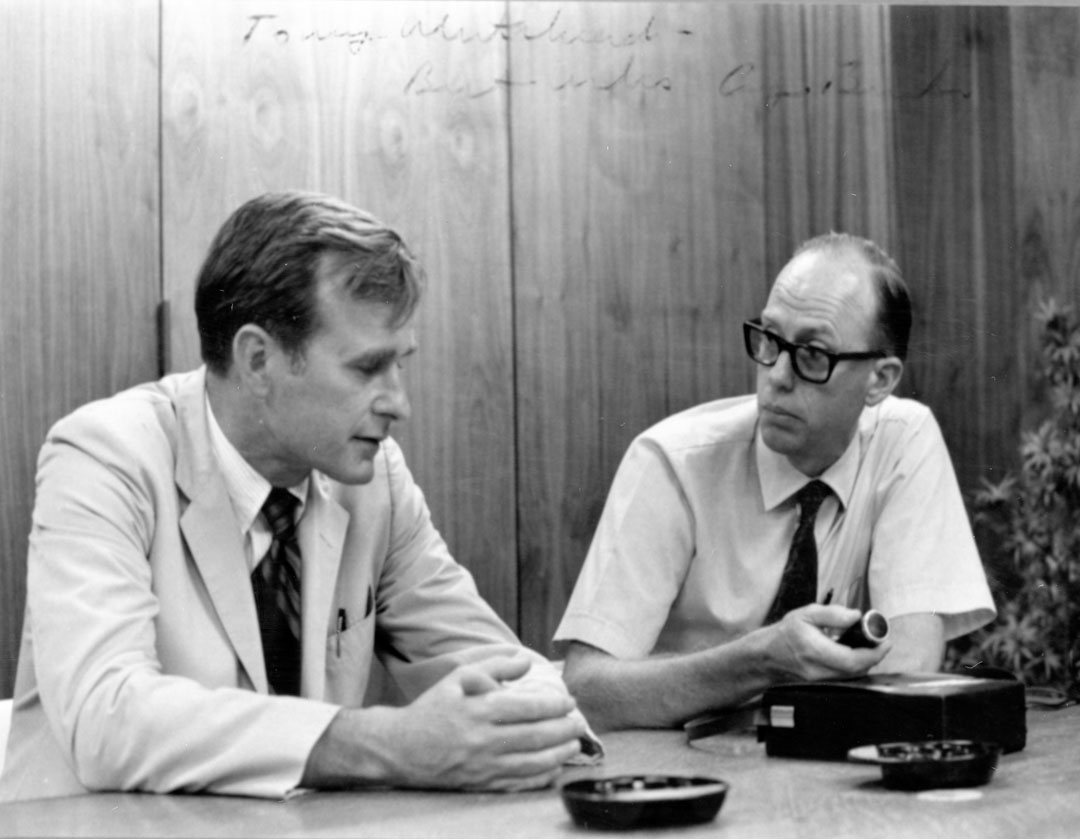 George H.W. Bush being interviewed by Tom Whitehead Jr. in 1976. Bush was Director to the CIA at the time. 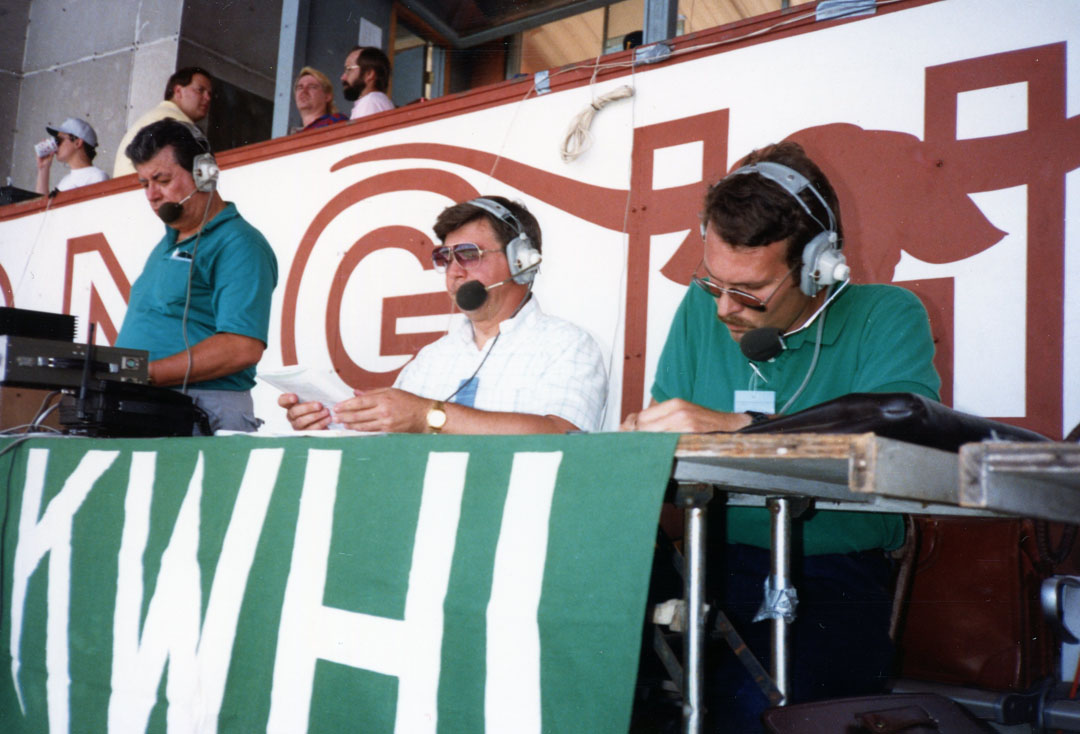 (L to R) Randy Reets, David Grace, and Keith Kane broadcasting the Brenham Cubs in the State baseball tournament in 1988 at Disch-Falk Field in Austin. 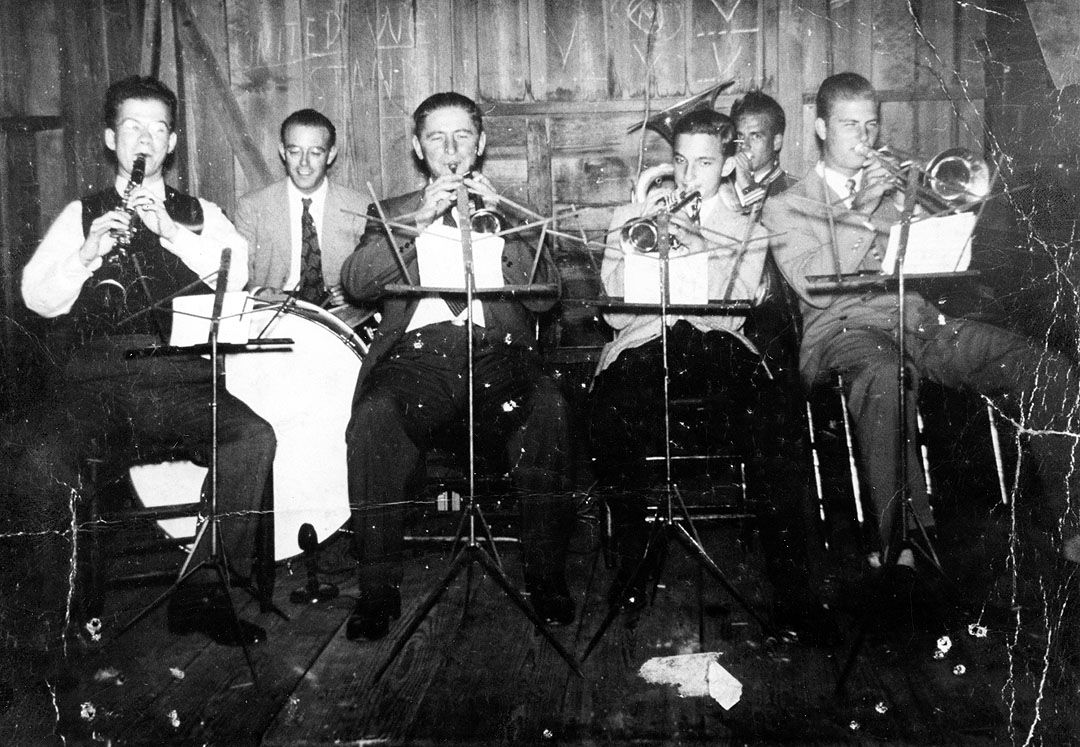 KWHI Polka Band playing in a local dance hall in the 1950s. 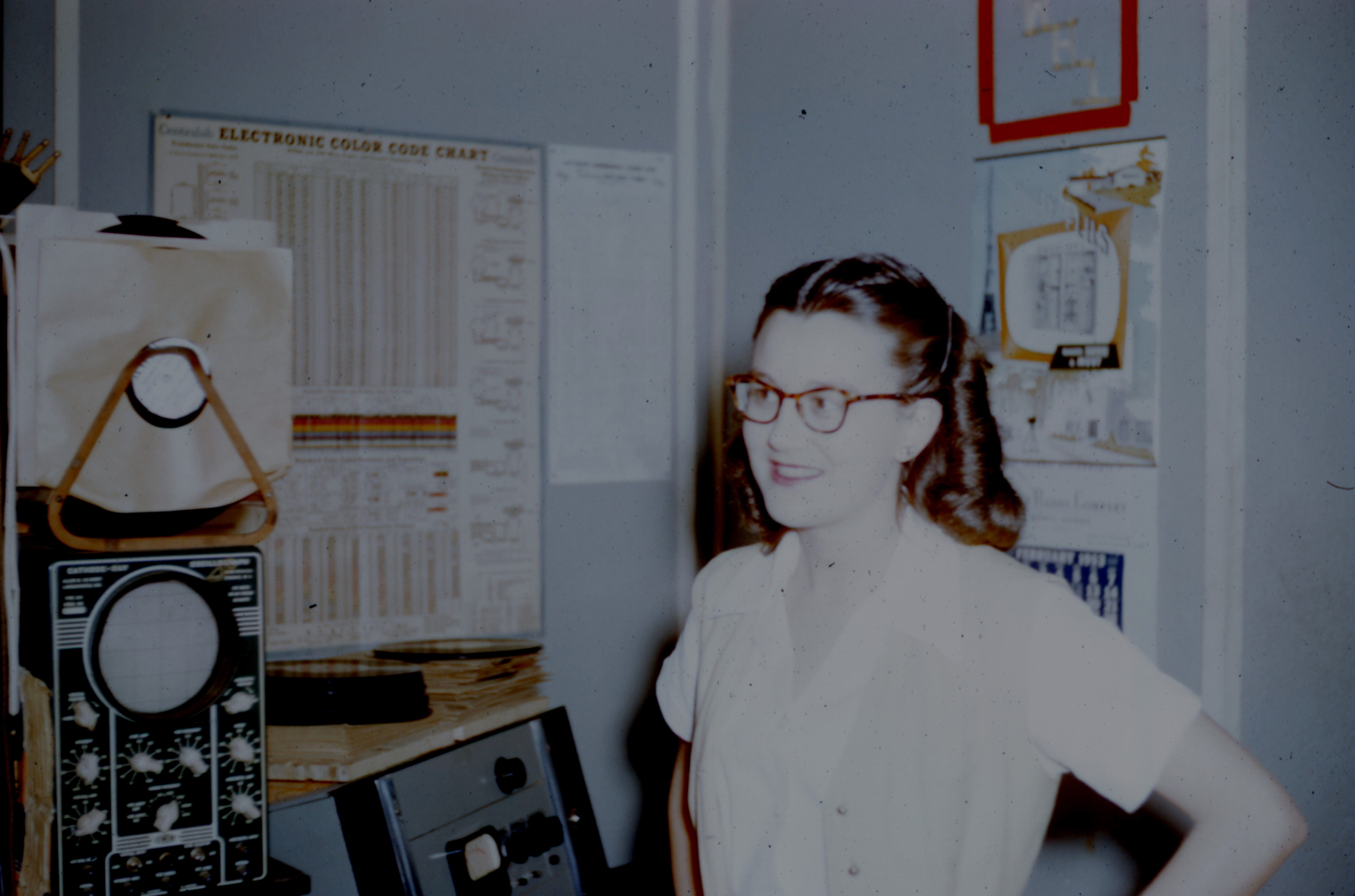 Music Director Bonnie Whitehead at the KWHI studios in the 1950s. 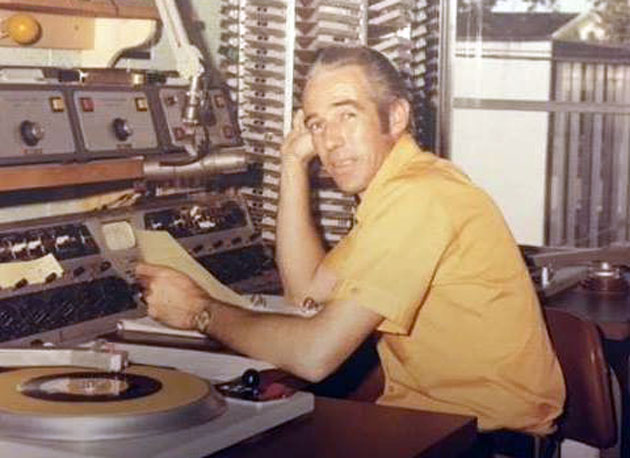 Announcer Clyde Averitt in the KWHI control room in the 1970s. 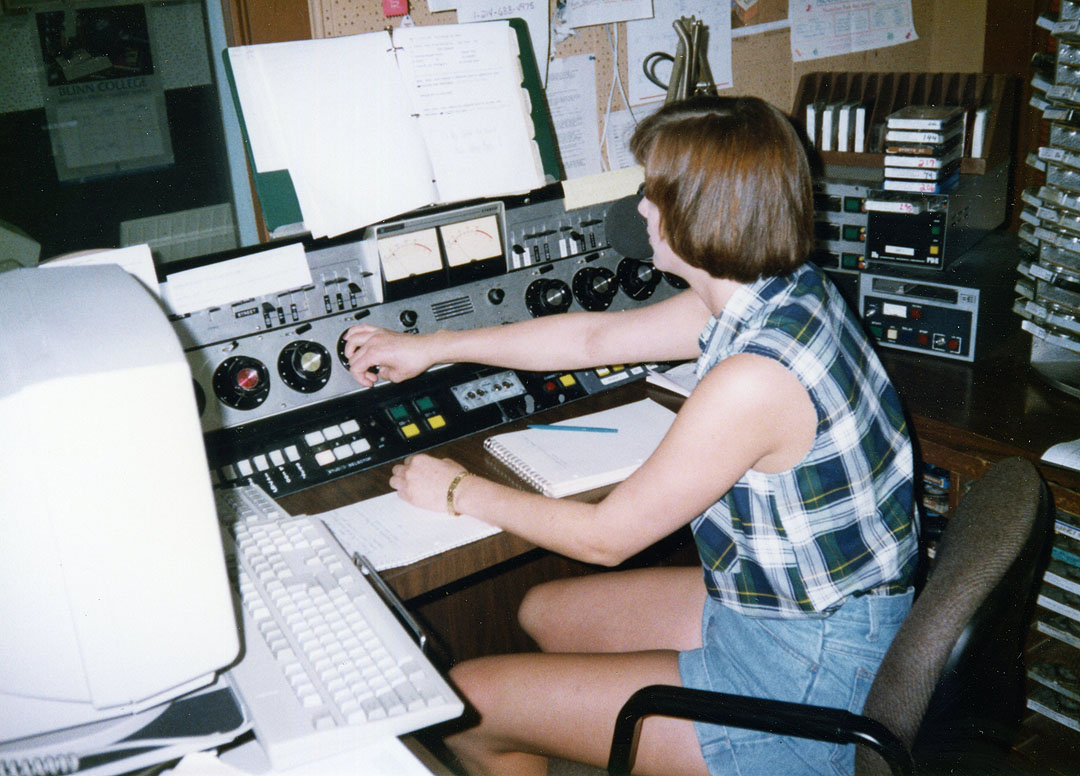 Announcer Brandie Alexander operating the KWHI control board in the early 1990s. 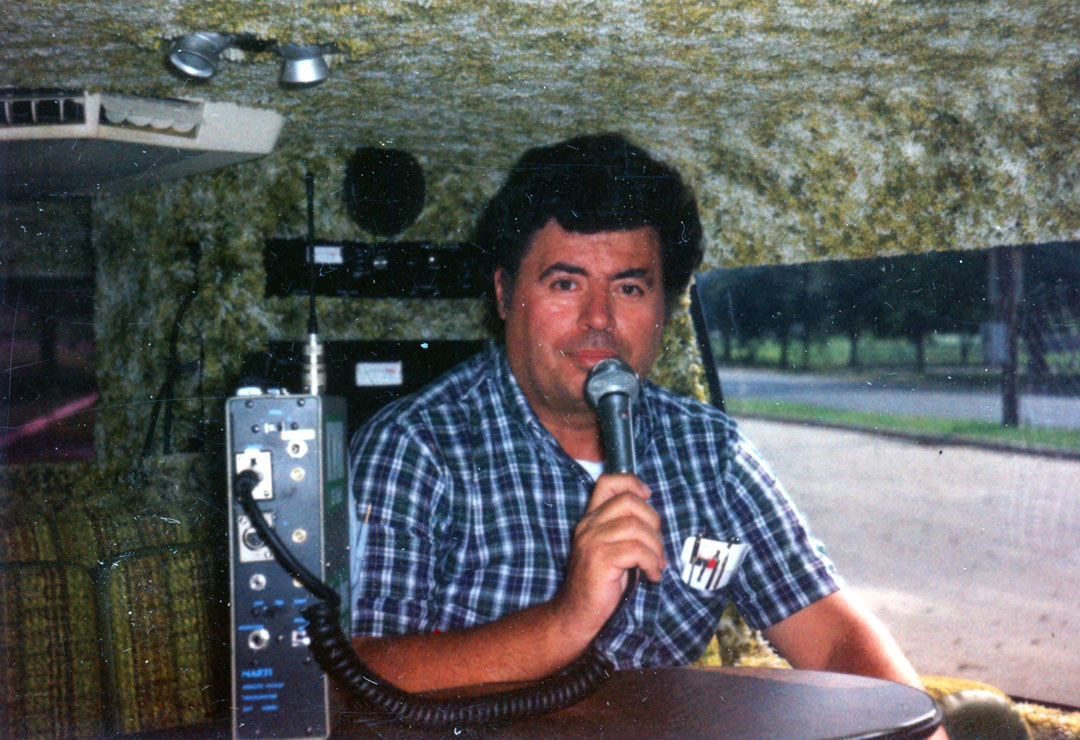 Randy Reets broadcasts live for inside the new KWHI van in 1978.