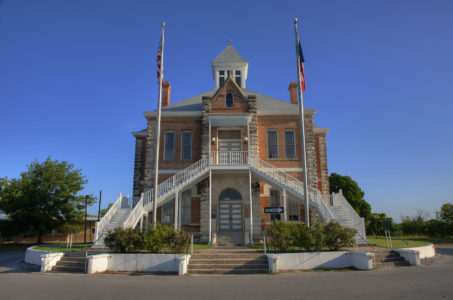 Two burglars in separate cases were sentenced in the Grimes County District Court.

Jared Talley was sentenced to 15 years in prison for Burglary of a Habitation for a case from April 1, 2020.

Investigators collected a receipt that was left behind as evidence.  The receipt led them to obtain a surveillance video, which identified a suspect vehicle.

The owner of the vehicle identified Talley and a female accomplice. Investigators learned that Talley had done tree work at the scene of the burglary earlier.

Jeremiah Duggan was sentenced to 12 years in prison for a Burglary of a Habitation case that occurred on December 27, 2020.

Deputies were called to County Road 316 east of Navasota.

The homeowners said that they returned home to find a man in their house.  He fled the scene and took a revolver with him.

Duggan was stopped near the scene, and the missing revolver was found inside his vehicle.  He was booked into the Grimes County Jail.

Both Talley and Duggan had previous felony convictions on their records.