BRENHAM HIGH SCHOOL CLASS OF 2014 READY FOR THE FUTURE

The 318 graduates of the Brenham High School Class of 2014 will begin their adult lives Saturday night, during the commencement exercises.

While there is rain in the forecast High School Principal Steve Skrla is fairly confident that the graduation ceremony will be at Cubs Stadium.

The seniors in this year’s class began their public school careers in 2002.  They have seen changes in their lives and the life of people around the world.

At the recent Scholarship Awards Program over $203,000 in scholarships were awarded.  Others secured financial aid grants in order to continue their educations at numerous colleges and universities.  Some others will join the Armed Forces.

Seventy-seven of these graduates will be wearing gold cords to symbolize their induction into the National Honor Society.

The top two graduates, Kate Wellman, the valedictorian and Jeremy Arnold are both headed to Texas A&M.  Wellman wants to study at the Mays Business School and eventually become an accountant.  She says she was surprised at being named this year’s top graduate. 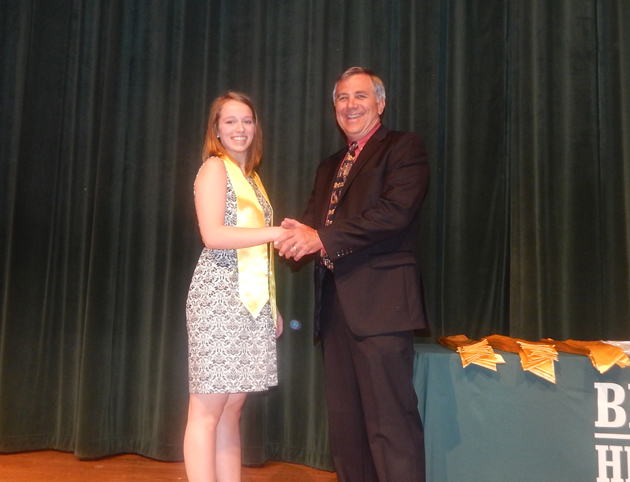 While Jeremy Arnold will be on the same campus as Wellman, he plans to go in a very different direction in life.  He says he was fascinated by the television show ‘Criminal Minds’ and will be studying forensic science with the hope of someday being a federal agent. 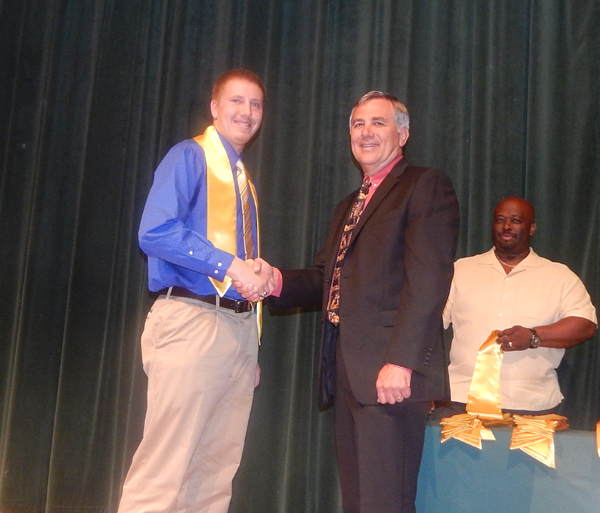 Once the graduates receive their diplomas they will have a night of fun and celebration ahead of them at Project Graduation. This is an all night party at Horseshoe Junction.  They will have a chance to spend a night with their friends, playing games, seeing movies and winning some very valuable prizes. The young adults need to stay the entire night if they go to the party.