A service recognition for Betty Thiel and her 30 years of service to the Nancy Carol Robert Library was also noted during the meeting. 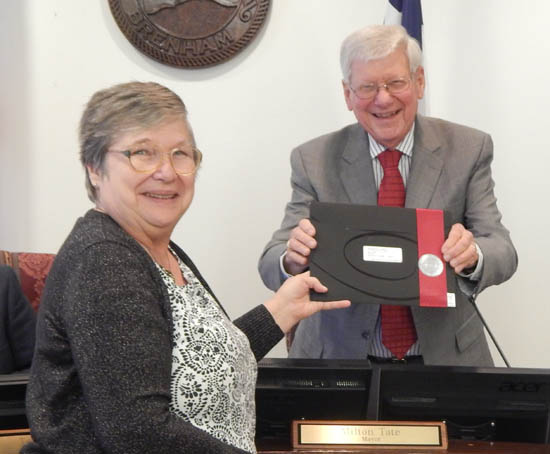 Betty Thiel, of the Nancy Carol Roberts Library, is acknowledged for her thirty years with the library 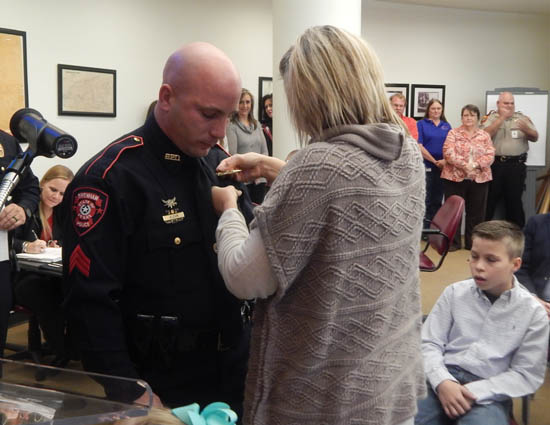 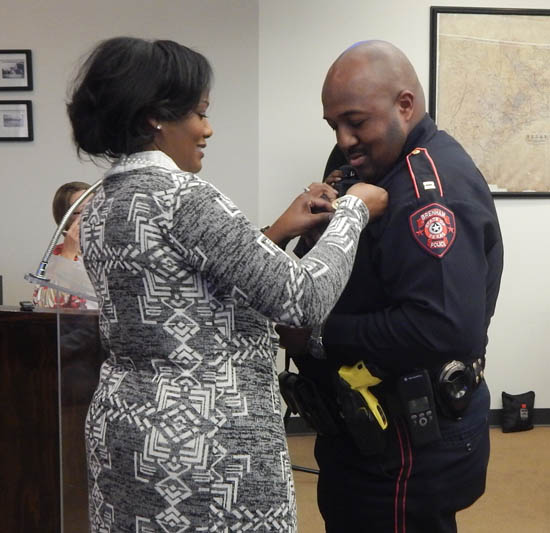 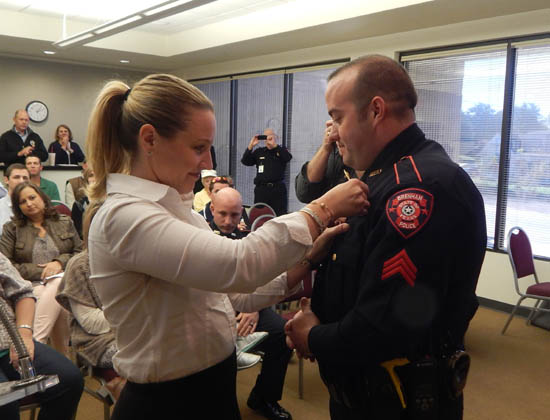 Justin Schiller receives his pin for his promotion