The Gazebo on the Washington County Courthouse grounds will be going through some major renovations in the next few weeks.

The Gazebo, built in 1976 for the Bicentennial, has been showing signs of deterioration in the past few years, and was recently blocked off from visitors for safety reasons.

Thielemann Construction will be handling the project for the county, and will be providing all of the labor.

Originally, construction was to begin in October to be ready for the Downtown Christmas Stroll.

County Commissioner Zebedee Heckman says that everyone is looking forward to seeing a new and improved Gazebo for the citizens of Washington County.

The County hopes to be able to hold more music concerts downtown once the project is completed. 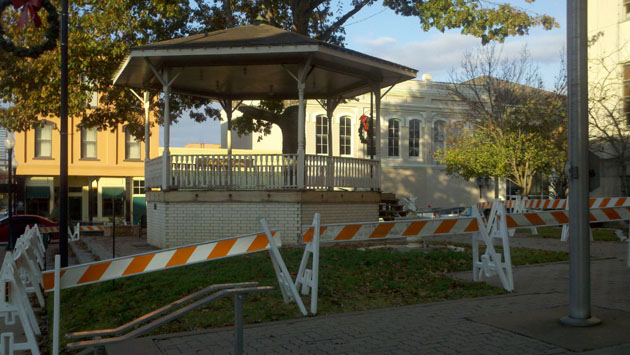 Gazebo blocked off so that renovations may begin

Gazebo being blocked off so that renovations may begin.