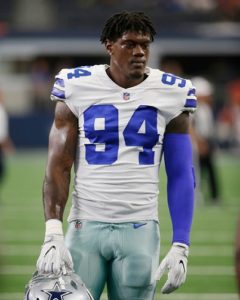 Dallas Cowboys' defensive end  Randy Gregory , who was suspended indefinitely last February, has officially filed for reinstatement to the NFL.

Under the league's substance-abuse policy, the NFL has to make a decision on Gregory's status in the next 60 days.

Gregory was suspended all of last season for recurring issues involving the substance-abuse policy that date to the 2015 scouting combine, before he was picked in the second round by the Cowboys.

He has been suspended four different times for failed or missed tests.

Under terms of the new collective bargaining agreement, players can no longer be suspended for a positive test for marijuana, but because he was penalized under the old system he would still need to be welcomed back by commissioner Roger Goodell. A player can continue to be suspended for missing tests or not taking part in a care plan.