Fire destroyed a home near Clay, in Burleson County Sunday evening
The fire broke out at about 7:30pm in the 300 block of Folz Street.
Witnesses say they could see the flames from College Station.
Snook and Somerville fire departments came to battle the blaze.
The fire is under investigation but no foul play is suspected so far. Nobody was home and nobody was injured in the fire. 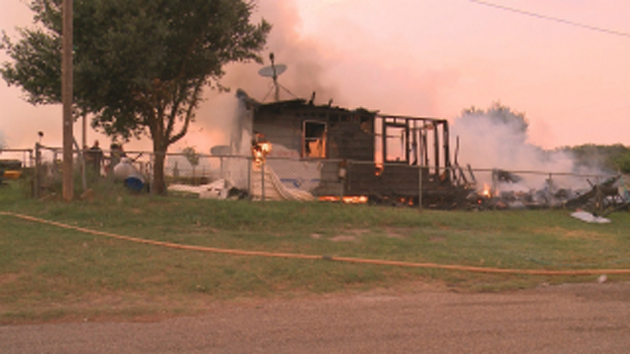 No one was injured in this house fire in Clay. Photo KBTX.