A pair of local lawmakers gave a rundown of the past legislative session at today’s (Tuesday) Legislative Wrap-Up Forum at Blinn College.

A full house came to hear from State Senator Lois Kolkhorst and State Representative Ben Leman at the luncheon, presented by the Washington County Chamber of Commerce. 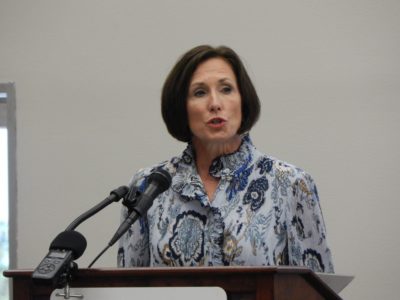 The two discussed their main priorities coming into the start of the session in January, how certain bills passed or failed, and what local residents can expect moving forward.

Kolkhorst said, with the passage of bills covering Hurricane Harvey recovery, school finance and property tax reform, she feels this past legislative session was her best one yet. 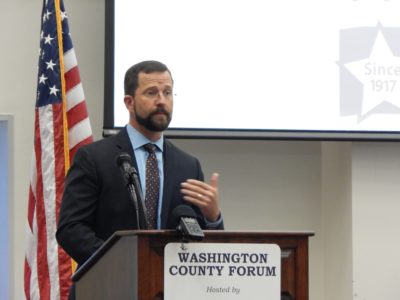 Leman said, coming into his first session, he focused on building relationships with members of the House and the Senate. He said it was important to have those established relationships once work began on public education reform.

Kolkhorst said she was disappointed that her eminent domain reform bill was unable to pass, but there were several other bills she was thrilled to have pass, like the bill setting aside an extra $106 million in funding for rural hospitals, or the one calling for more oversight for residential treatment centers. She said she will work to keep the communication lines open between the two chambers of state government, in order to ensure results.

Leman said, in order to be an effective legislator, one needs to be able to both pass and kill bills. He believes he got off to a good start this past session, with the passage of a bill guaranteeing college admission for high school valedictorians, and preventing “representation without taxation” from Brazos County on the Blinn Board of Trustees.  He said, ultimately, he has enjoyed representing the region and wants to continue the work he has started.

The forum concluded with a brief question and answer segment, where Kolkhorst and Leman answered questions from members of the audience.