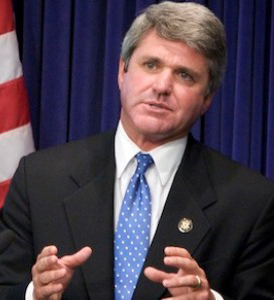 US Congressman Michael McCaul endorsed Kolkhorst in the race to succeed Senator Glenn Hegar upon his likely election to the position of Texas Comptroller.

McCaul shares seven Counties with Senate District 18 stretching from the city of Giddings all the way to Katy. McCaul is the chairman of House Committee on Homeland Security, and is a widely respected conservative expert on national security and border issues.

Congressman McCaul endorsed Kolkhorst saying, the local state representative is—in his words, “a proven conservative fighter and one of the hardest workers I know, which is why I am endorsing her.”

McCaul called Kolkhorst “an incredible State Representative and will be a strong conservative voice in the Texas Senate.”

McCaul is encouraging all of my constituents in Senate District 18 to support Lois Kolkhorst.”

More information regarding Representative Kolkhorst can be found at http://www.loiskolkhorst.com/.