The first-ever Navasota Freedom Festival will go on as planned. 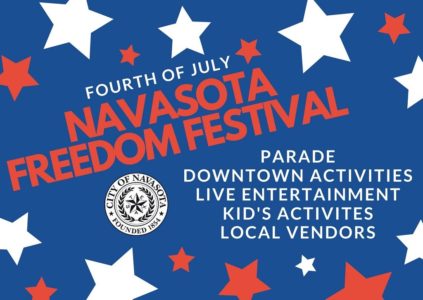 After discussion from councilmembers, Mayor Bert Miller declared the festival would still go on, saying he will “count on the public to do the right thing for their fellow man”.

Miller will follow with a proclamation including safety guidelines for the event.  Social distancing will be encouraged at all times, and face coverings will be highly recommended.

Saturday’s event will begin at 11 a.m. with a parade and conclude with fireworks at 9 p.m.

More details on the event can be found at www.navasotafreedomfestival.com.  KTEX-106’s Blake Hickerson will be in Navasota Saturday morning, broadcasting live from the friendly country cruiser.