Thirteen local high school seniors were honored with the Mirabeau B. Lamar for Excellence Award at a banquet at the Graham Masonic Hall in Brenham this week.

The scholarships are awarded by the Graham Lodge #20 OF Brenham and Hubert Lodge #67 of Chappell Hill.  This year the scholarships amounted to $8000 to be used at the University of the student’s choice.

These awards and scholarships are funded through local donations, fundraisers, and grants from the Masonic Home and School of Texas. 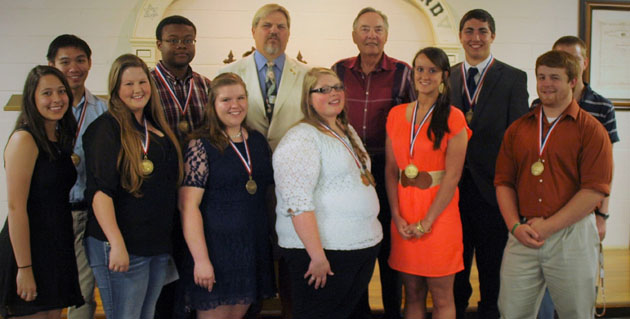