Two Brenham women and a man from Somerville are charged with four counts of child endangerment, criminal negligence after a Sheriff’s deputy found what he called deplorable conditions when he delivered a message to them at Brenham hotel room 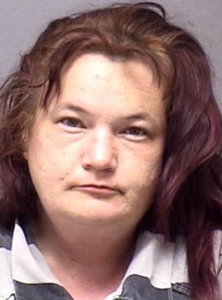 .Sheriff Otto Hanak says Sgt. Jonathan Prior came to the Regency Inn in Brenham  on Friday.  When the occupant opened the door, the deputy saw  what he reported ‘deplorable conditions’ in the room.  Prior says there were eight cats living unconstrained.  There was one infant and three children living in those conditions.  Two of the adults were not present.

The children were removed from the scene by Child Protective Services.  All three adults are charged with four counts of Endangering a Child by Criminal Negligence.  Kenney and  Brummitt’s bonds were set at $20,000 and Schaeffer is being held under a $10,000 bond.