A 20 year old ‘person’ was arrested Tuesday evening when they came to the service desk of the Brenham Wal-Mart asking for a refund. 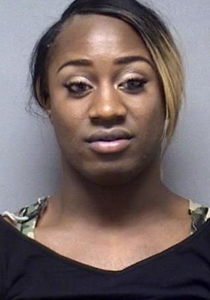 This person, appeared to be a tall African-American woman in a black and camouflaged dress and the clerk knew they ‘had been known to steal items’ from the Wal-Mart and they had  a criminal trespass warning to stay away from the store.  When Brenham Police Officer Justin Schiller was called to the scene, the person was attempting to leave the store through the lawn and garden department.  It became apparent that the person was a male, Daydrin Andre Phillips of Brenham.   He was arrested for violating a criminal trespass warning.